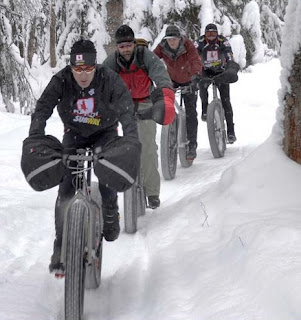 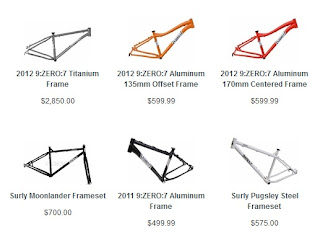 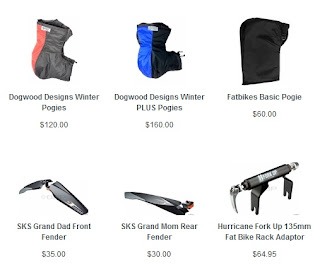 The first comment I get all the time is, what size are the tires.

They are 26x3.7 inches wide and weigh about 1200 grams. they are made by a company called surly. http://www.surlybikes.com/
You use a tube in them and run about 5-10psi depending on the terrain.

There are some other tires available in the 26x3 inch size. they are Nokian and Arrow.
They are more of a downhill tire than a snow tire. They are often used because they fit more frames and forks.
These tires usually weigh about 1600 grams. Arrow still makes them and they are called the savage http://www.arrowracing.com/home.html
The nokians will be hard to find, because they dont make them in the 3in size anymore

Tire pressure?
They run really low, like, 5 PSI low. More than 30 and they get scary

"What's the bike for???"
Sand, snow, anything else you feel like riding, and making you smile from the first pedal stroke

"Are those motorcycle tires?"
No.

"Is everything special for them?"
Frame, fork, bottom bracket, tires tubes, and the need for two rear, specific rimmed Pug wheels.

"With all that rotating weight, aren't fat bikes hard to pedal?"

I think this has been my biggest hurdle to get people to buy FatBikes. I encountered a ton of skepticism and naysayers when the FatBikes came out and a lot of those were very experienced winter cyclists. Even with people now routinely winning just about every winter race out there with various brands of fat bikes, I still encounter this a lot.

While it's doubtful that you will see Lance riding one in the Tour de France the things roll pretty darn good on softer surfaces. And surprisingly well on hard surfaces too (but I still swap out with 29er wheels in the summer).

First of all, the Endomorph tread is just a bigger version of a semi-slick. Back in the Nokian Gazzaloddi/Remolino 80 mm rim days, we used to spend a lot of time shaving knobs off our treads to get them to roll faster. No need for that with the Endo.

Second, rolling resistance of a bike goes up drastically when the tires are making ruts in soft stuff because the wheels are always trying to climb up out of their own tracks. The big tires make a lot shallower rut so rolling resistance is a lot less on fat tires then skinny tires. Also the big wheels track better with a lot less wallowing around in soft conditions which saves a lot of wasted energy.

There are probably other theories out there why they roll so well so techy types, feel free to chime in if you have one.

So roll on, fat bikes, roll on.

A new generation of off-road bike, so called 'FatBikes' utilise large (100mm wide) tyres running at relatively low pressures (5-20psi) to handle soft terrain like snow, mud and sand. Conventional portable bicycle pumps are designed to deliver low volumes of air at high pressure (60-120psi). Fatbike tyres are relatively easy to puncture and cyclists are faced with an onerous task to repair and re-inflate them when 'on the trail' due to their relatively large volumes. Additionally cyclists like to 'tune' the running pressure to the terrain, and therefore some means of measuring the absolute pressure accurately is required. The scope of the project is to design and evaluate a low-weight, highly portable, manufacturable solution bicycle pump.


Fat Fork info:
The Wildfire FatFork is 465mm A - C without having to use a blade stretcher.
The Pugsley 100mm hub fork is 447mm AtoC.
The Jones 135mm hub fork is 435mm AtoC with 55mm of rake. (Not good for suspension corrected 29er retrofits.)
The Vicious Snow fork is 450mm and they can't/won't do longer do to blade availability. (I talked to Carl at NAHBS about it.)
DeSalvo makes his snow fork at 460mm. Which is the longest "production" fork I could find. He also is limited by available blade length due to the Uni-Crown construction.
If you need a longer fork for a 29er retrofit, I think Walt can make custom lengths using his segmented fork construction. But of course it's custom ($'s) and he has a back log.

Good site! I really love how it is simple on my eyes and the data are well written. I'm wondering how I could be notified whenever a new post has been made. I've subscribed to your RSS feed which must do the trick! Have a great day!
CIB K404AV500G H.264 4 CH Network Security Surveillance DVR Recording System w/ 500GB HDD.