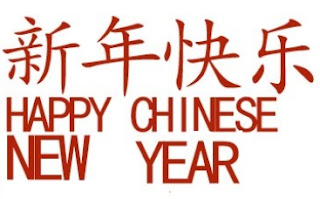 Chinese New Year is the most important festival in Chinese culture. It is celebrated on the new moon of the first month according to the lunar calendar, and is a time for family reunions and scrumptious feasts.

Chinese New Year traditionally lasts from the first day to the 15th day of the New Year (which is Lantern Festival), but the demands of modern life mean that most people don’t get such an extended holiday. Still, the first five days of the New Year are an official holiday in Taiwan, while workers in Mainland China and Singapore get at least 2 or 3 days off.

The Chinese New Year is a chance to leave the problems of the previous year behind. It is important to start the New Year fresh, and this means cleaning up the house and buying new clothes.

Houses are decorated with red paper banners which have auspicious couplets written on them. These are hung around doorways and are intended to bring luck to the household for the coming year.

Red is an important color in Chinese culture, symbolizing prosperity. Many people will wear red clothing during the New Year celebrations, and houses will have many red decorations such as Chinese knot work.
Red Envelopes

Red envelopes (►hóng bāo) are given to children and unmarried adults. Married couples also give red envelopes to their parents.

The envelopes contain money. The money must be in new bills, and the total amount must be an even number. Certain numbers (such as four) are bad luck, so the total amount should not be one of these unlucky numbers. “Four” is a homonym for “death”, so a red envelope should never contain $4, $40, or $400.
Fireworks

Evil spirits are driven away by loud noise, so Chinese New Year is a very loud celebration. Long strings of firecrackers are set off throughout the holiday, and there are many displays of fireworks lighting up the evening skies.

Some countries such as Singapore and Malaysia restrict the use of fireworks, but Taiwan and Mainland China still allow almost unrestricted use of firecrackers and other fireworks.
Chinese Zodiac

The Chinese zodiac cycles every 12 years, and each year is named after an animal. The Year Of The Dragon starts on January 23, 2012 and continues to February 9, 2013.

There are many saying and greeting associated with the Chinese New Year. Family members, friends, and neighbors greet each other with congratulations and wishes for prosperity – ►Gōng Xǐ Fā Cái. Another common greeting is simply “Happy New Year” – ►Xīn Nián Kuài Lè.