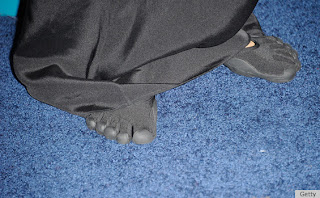 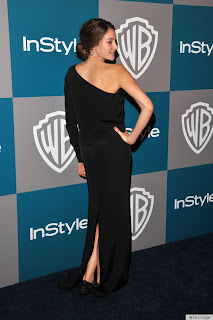 Shailene Woodley, the breakout star of "The Descendants," made an especially unconventional footwear choice for the Warner Brothers and InStyle after-party: barefoot running shoes. The sock-like sneakers, in varieties like Vibram FiveFingers, are as silly as they are sought-after -- they were chosen as the most popular shoe trend of 2011.

Barefoot running sneaks supposedly let wearers "move as nature intended" while running, although it's not clear if they make a difference for red carpet-walking.
The rubberized toes did look a little bizarre poking out beneath Shailene's long black dress,...
http://www.huffingtonpost.com/2012/01/16/shailene-woodley-barefoot-running-shoes_n_1208836.html

WHAT WAS THE MOST POPULAR TREND THIS YEAR?

And which of those trends will be biggest in 2012? Barefoot/minimalism, apparently.!!