Fabian Cancellara and the Saxo Bank team test their S-Works Roubaix SL2 bikes while previewing some cobble sections of the Paris-Roubaix race course.

Get a glimpse at what training is like for Ironman world champion Mirinda Carfrae, in this teaser for Mirinda's upcoming training video series. 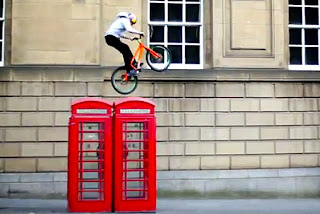 For more on Danny Macaskill - ‪http://www.facebook.com/lezyne‬

Profile of street trials rider Danny Macaskill. Using his new Lezyne Engineering tools, Danny Macaskill re-visits his old job, in the workshop of MacDonalds Cycles in Edinburgh Scotland and chats over his rise to success and how life has changed. Featuring some new street trials content filmed exclusively for Lezyne by Cut Media's Stu Thomson in the streets of Edinburgh. Danny also takes a mountain bike ride high on to Dumyat in Trossachs hills in Central Scotland and talks over his love for mountain biking.