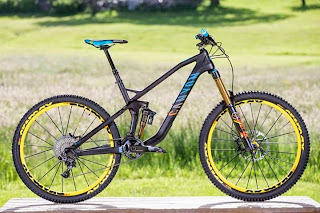 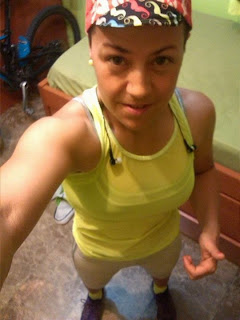 How To Be A Mountain Biker


How To Be A Road Biker 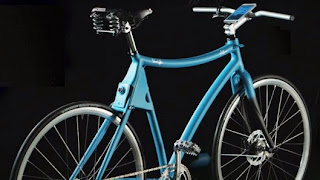 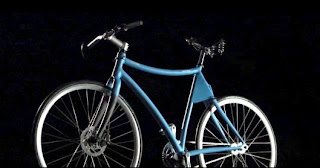 What do you call a bicycle that doesn't have a motor, but is packed with electronic features? Well, the emerging term seems to be "smart bike." We've already seen one called the Valour, but now there's a new one-off known as the Samsung Smart Bike. Above all else, it's designed to make bicycle commuting safer.

The Samsung Smart Bike was designed by Italian frame-builder Giovanni Pelizzoli and student Alice Biotti. It was created through the Samsung Maestros Academy, an online platform in which Italians who are masters in their field (such as Pelizzoli) teach their skills to promising up-and-comers (such as Biotti).

The aluminum frame, first of all, features curved tubes designed to soak up some of the vibrations caused by riding on rough city streets.

The Samsung Smart Bike was designed by Italian frame-builder Giovanni Pelizzoli and studen...
Located between the seat stays of that frame is a rearview camera, that streams a live video feed to a handlebar-mounted Samsung smartphone. There are also four lasers built into the frame, that project a bike lane onto the road on either side of the bike, as it's moving. Those lasers automatically come on as ambient light levels drop, as detected by the smartphone.

Additionally, an app on the phone uses GPS to make a note of routes that are often traveled by the cyclist. It then offers the option of notifying city officials of those routes, with the suggestion that they add officially-designated bicycle lanes.

The frame also houses a battery, an Arduino module, along with Wi-Fi and Bluetooth modules. Perhaps a little surprisingly, though, the bike lacks a plain old headlight or tail light.

The Samsung Smart Bike made its public debut in April, at Milan Design Week. There's no word on any plans for commercialization, but you can see more of the prototype in the video below.