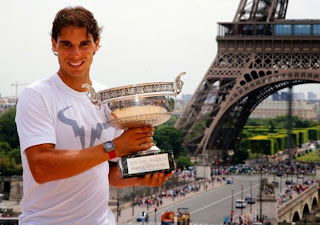 Rafael Nadal, not Roger Federer, is the highest-earning player in tennis, according to Sports Illustrated and Fortune magazine's annual rankings of athlete incomes.

Forbes' ranking of the highest-earning athletes, also published this month, had Federer with $56.2 million and Nadal with $44.5 million.