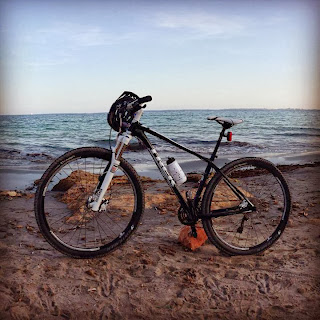 Methods in determining if a silver dollar is real or not before you buy it. It's not fool proof but if the coin fails any one of these simple tests, then it's likely a fake. These tests are good for US silver dollars, Japanese Yen, British crowns, silver trade dollars, Spanish 8 Reales, Mexican Pesos and other similar type coins. Great to use while at garage/yard sales, flea markets, etc. Important info to remember: 38mm diameter width, 2-3mm thickness, & 26-27 grams weight. 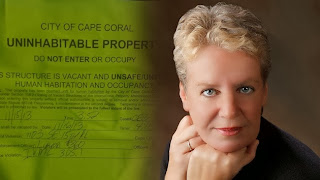 One woman who turned to off-the-grid living to eliminate her dependence on the city and reduce her expenses has had only a partial court victory in maintaining her lifestyle.

If a disaster occurred, how would you get clean water and power, among other things? One woman who turned to off-the-grid living to eliminate her dependence on the city and reduce her expenses, has received a partial court victory in maintaining her lifestyle.

The court ruled that Robin Speronis of Cape Coral, Florida, has to start using the city's approved water supply within the next month or "face the consequences." They found her not guilty on the other two charges of not having acceptable electrical or sewer systems.

The city had served her with a notice to vacate 1 day after Fox 4 news aired a special report on her lifestyle. For more than 1 year, Speronis has used solar panels to power her home and purified rain water as her water supply source.

Her attorney Todd Allen, who took on her case free of charge, said of the two-hour hearing, "I'm impressed with the way the magistrate delved into the issues. I'm disappointed at the stops the city pulled to get some sort of conviction today."

While it's unknown whether Speronis will appeal or start a new lawsuit, it's clear she won't be complying with the court order. According to Speronis, "I don't have to justify my life. They have to."


The fight of Cape Coral, Florida resident Robin Speronis to live “off the grid” has escalated with the city’s recent decision to cap her access to the sewer so she can no longer use it. It’s a move she calls, “pure evil.”

.
Robin Speronis (WFTX)
Since November 2013, WFTX Fox 4 has reported on Ms. Speronis’ ongoing battle with the city to live without most utilities. The self-sufficient woman has lived for more than a year-and-a-half using solar energy, a propane camping stove, rain water, and eating mainly non-perishable food. However, the day after the station’s first profile of her lifestyle Speronis’ home was tagged by the city code enforcement with a notice to vacate.


The notice to vacate posted on Robin Speronis' home. (WFTX)
The story of her plight spread and many rallied around Speronis’ cause sending Cape Coral officials complaints in support of the woman. WFTX reported that the city clarified that, “…municipalities don’t have the power to evict,” and that the notice was placed because they, “…merely [wanted] access to the home to provide suggestion so Speronis can live off the grid in Cape Coral.” After that incident, Speronis told the station, “Cape Coral needs to be afraid of me, I’m not afraid of them.”


Robin Speronis with officers at her home. (WFTX)
In January attorney Todd Allen, who agreed to represent Speronis pro-bono, was served with a five-page amended violation notice that cited international property maintenance code and city ordinances. Allen said that the two sets of codes are not clear, "What is a private water system? That's not defined in either code. But if one code accepts it, then they shouldn’t, the other shouldn't negate the ability to have one."


Last week, Speronis appeared before Special Magistrate Harold S. Eskin and was found not guilty of violating city codes requiring a proper electrical and sewer system. Though, Speronis was found guilty of violating a code requiring an approved water supply. Eskin ordered that she hook-up to the cityutilities. In response Speronis told WFTX and The News-Press, “That doesn’t make common sense. So why would I do that? Why would I hook, hook up to the city water and then not use it?”


Robin Speronis' rain water collection barrels. (WFTX)
Also discussed at the special hearing was the fact that Speronis had been using the sewer system for the past year yet not paying for the service amassing a past due bill in the thousands. After her testimony admitting that she had used the service without paying for it, the city decided to cap the sewer line. Connie Barron, Cape Coral spokesperson told The News-Press, “She also gave clear indications she does not intend to pay for this service but intends to continue to use the system. We really had no choice but to cap the sewer.”

Speronis’ time living on the grid hasn’t gone so well for her either. As reported by the Cape Coral Daily Breeze , in June 2011, she plead no content to larceny, and was sentenced to 10 years of state probation and ordered to pay $32,000 in restitution. In January 2012, she had her real estate license revoked following a second complaint that she had not returned a $3,500 deposit following a failed condo sale.


(Lee County Sheriff's Office)
The magistrates order takes effect on March 28 however Speronis says that her attorney can stay the decision during the appeal process. Speronis seems to stands firm on her decision to live off the grid and said that she had a way to do without the sewer system in a sanitary fashion.
http://news.yahoo.com/blogs/oddnews/%E2%80%98pure-evil%E2%80%99--city-caps-sewer-of-woman-fighting-to-live-%E2%80%98off-the-grid%E2%80%99-234050584.html
.-.-.-.-.-.-

A Florida woman is fighting to continue her "off the grid" lifestyle despite the city's attempts to make her plug in.

Robin Speronis has been living in a Cape Coral home without running water or city electricity for close to two years, NBC-2 reports. She does this by using solar panels and filtering rain water. This way, she never has to pay a city electric or water bill.

On Thursday the city determined that she was guilty of not being hooked up to an approved water supply and would need to start using city water within a month or face consequences, a ruling Speronis and her attorney plan to fight.

Click here to read more on this story at NBC-2.com.