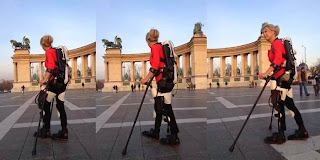 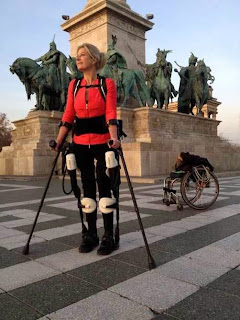 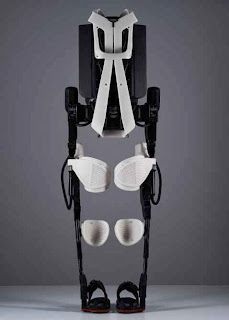 3D Systems, in collaboration with Ekso Bionics, has created a 3D-printed robotic exoskeleton that has restored the ability to walk in a woman paralyzed from the waist down. The Ekso-Suit was trialled and demonstrated by Amanda Boxtel, who was told by her doctor that she'd never walk again after a skiing accident in 1992.

The Ekso-Suit was trialled by Amanda Boxtel, who was paralyzed following a skiing accident...The suit was created by by 3D Systems, with actuators and controls integrated by Ekso Bion...The Ekso-Suit was created by first scanning Boxtel's thighs, shins and spine to create a m...The Ekso-Suit was announced at a Singularity University event in BudapestView all
Robotic exoskeletons were once the stuff of sci-fi movies, bestowing their wearers with superhuman strength and speed. Though organizations like DARPA and Lockheed have been developing exoskeletons with human-enhancing military uses in mind, the technology has also proved of great benefit to the medical profession.

ReWalk has provided powered exoskeletons for individuals with spinal cord injuries since 2011 and the EU-funded Mindwalker project has developed a mind-controlled robotic exoskeleton. In 2012, a Stratasys Dimension 3D printer was used to create a 3D-printed robotic exoskeleton that enabled a young girl to move freely for the first time.

Boxtel's Ekso-Suit http://www.eksobionics.com/ was created by first scanning her thighs, shins and spine to create a model from which the basic personalized exoskeleton could be 3D-printed. Ekso Bionics then provided mechanical actuators and controls that were integrated with the printed components. Boxtel demonstrated the hybrid exoskeleton at a Singularity University event in Budapest, Hungary.

"This project represents the triumph of human creativity and technology that converged to restore my authentic functionality in a stunningly beautiful, fashionable and organic design," says Boxtel.