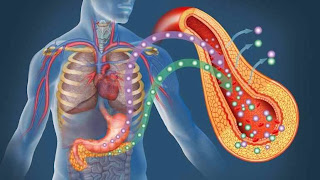 Replenishing the insulin-secreting beta cells found in the pancreas could lead to a more permanent treatment for diabetes (Image: Shutterstock)


Type 1 diabetics suffer from a lack of beta cells in the pancreas, which are responsible for insulin production. Although glucose monitoring and insulin injections allows the disease to be managed, finding a way to replenish these beta cells would offer a more permanent solution. Scientists at Gladstone Institutes in San Francisco have provided hope for just such a treatment by developing a technique to reprogram skin cells into insulin-producing beta cells.

Because of their limited regenerative ability, researchers have had a hard time generating large quantities of beta cells. But now, thanks to stem cell technology, researchers in the lab of Gladstone Institutes' Investigator Sheng Ding, MD, PhD, have managed to transform skin cells into insulin-secreting beta cells.

The team started with skin cells responsible for the structural framework of animal tissues known as fibroblasts, which were collected from laboratory mice. By treating them with a cocktail of molecules and reprogramming factors, the fibroblasts were transformed into cells resembling endoderm cells, which are cells found in very early embryos that eventually mature into the body's major organs, including the pancreas.

"Using another chemical cocktail, we then transformed these endoderm-like cells into cells that mimicked early pancreas-like cells, which we called PPLC’s," said Gladstone Postdoctoral Scholar Ke Li, PhD. "Our initial goal was to see whether we could coax these PPLC’s to mature into cells that, like beta cells, respond to the correct chemical signals and – most importantly – secrete insulin. And our initial experiments, performed in a petri dish, revealed that they did."

Even more promising, when the team tested the mice eight weeks after the transplantation of the cells, they saw that the PPLC's had led to the rise of functional, insulin-secreting beta cells.

"I am particularly excited about the prospect of translating these findings to the human system," said Matthias Hebrok, PhD, who is one of the study’s authors and director of the UCSF Diabetes Center. "Most immediately, this technology in human cells could significantly advance our understanding of how inherent defects in beta cells result in diabetes, bringing us notably closer to a much-needed cure."