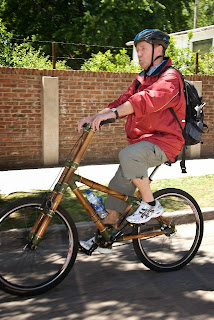 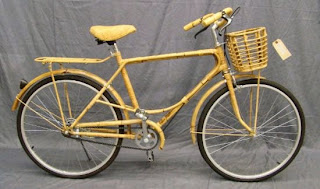 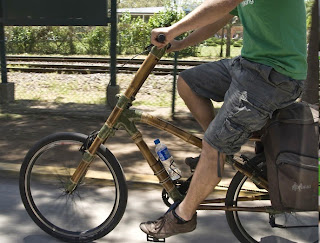 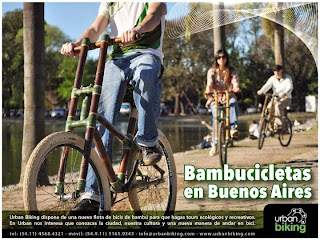 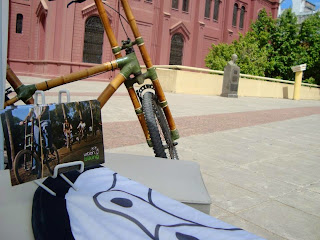 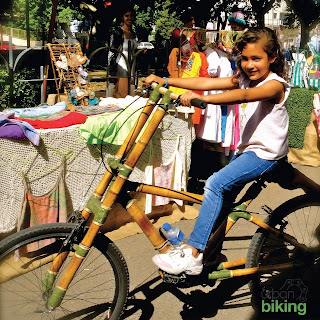 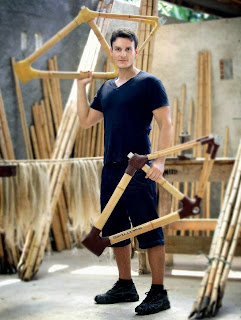 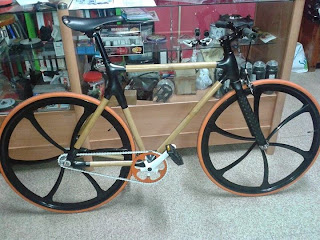 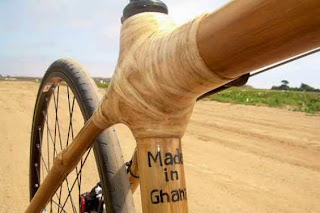 Bikers Are Building Their Own Bikes Out of Bamboo

A workshop in China is teaching people how to construct a bamboo-framed bicycle from scratch.

Not more than a decade ago, the streets of Beijing were clogged by traffic from millions of bicycles, and few cars could be seen on the roads. Today, the opposite is true and China's capital city has practically become a graveyard for rusty bicycles.

The bicycles still in use must now compete for space alongside the thousands of electric bikes and cars that also use the city's famous cycle lanes that line both sides of most roads.

Founded in 2013, Bamboo Bicycles Beijing is a workshop that attempts to renew interest in the traditional Beijing bicycle by putting a new, more sustainable spin on its frame.

“David Wang, founder of Bamboo Bicycles Beijing, said that he was inspired to found the workshop after finding piles of old, rusted bicycles in Beijing no longer in use”
The workshop, which is located in a traditional Beijing alleyway known as a Hutong, offers participants the chance to build their own bamboo-framed bicycles out of raw bamboo.

The end-product is not only more environmentally sustainable, but also considerably lighter, more agile and more shock-absorbent than most other bicycles.

Steve Ngo, a cooordinator for Bamboo Bicycles Beijing and workshop instructor, said that the workshop started small but has gradually attracted interest over time.

"People have the idea of building a bamboo bike is more sustainable for the environment. Second is, the crafting – something to do with their hands, something to make on their own. And another part is just, some people like bikes. Some people just want to have a bamboo frame, some people are just attracted to the idea of having something that no one else ever has," said Ngo.

Customers are able to build their own bamboo frame within just two days at a price of around 2,000 yuan (£216, $322), with the wheels, handlebars and seat considered additional costs.

Bamboo pieces of different widths are first selected and then sawed into seven parts. The parts are then sanded down and glued together before they are wrapped with strands of carbon fibre and tape. Wheels, a seat, and handlebars are then added by Bamboo Bicycles coordinators and volunteers over the next few days.

David Wang, founder of Bamboo Bicycles Beijing, said that he was inspired to found the workshop after finding piles of old, rusted bicycles in Beijing no longer in use.

Wang said that besides offering a chance to build a unique-looking bicycle to reinvigorate the idea of cycling in the city, he is hoping to establish a community for Beijing commuters.

"I think the biggest thing is that we want to change the attitude towards different kinds of mobility. One of things when we were doing research before was talking about how the private car is very valuable socially, it gives a certain kind of social status.

Wang said that the workshop has already attracted hundreds of participants, most of them Chinese.

Build Your Own Bamboo Bicycle
The eco-friendly, trendy cycle designs are far cheaper when assembled at home.

There is, unfortunately, a price we pay in order to move around mother earth in a sustainable fashion. The trendy bamboo bicycle for example, an eco-friendly mode of transit built from a relatively sustainable natural resource, draws prices in the thousands of dollars. But a DIY bamboo-bicycle movement is growing, and could make these green machines far more affordable (and prevalent) across the globe.

Bamboo Bicycles Beijing is representative of where the industry is likely heading. It's not simply a bicycle shop. Nor is it entirely a makers' space. Profiled recently by the International Business Times, cyclists show up to the Beijing shop and, over two days, build their very own bicycle out of raw bamboo.


Shown in the video above, Beijing residents assist in not just the painting and design of their bamboo bike, but also its assembly. And once it's complete, they cycle away, spending only the equivalent of $322, according to the report.


A bamboo bike in Washington, D.C. (Flickr/Mike Licht)
A similar-style operation is bringing low-cost bamboo bicycles to Europe and the U.S. London-based Bamboo Bicycle Club ships DIY kits of various styles, from road to tandem frames, for about $350 to $450. And if you lack confidence in your ability to assemble a bamboo bicycle in your garage, you can sign up for one of the club's workshops. There, over a weekend, they'll walk you through the process. There's even a bamboo cycling culture taking root in Ghana.

Amid apocalyptic projections for the world's climate, building bicycles out of eco-friendly bamboo may seem like a hot, new idea. In fact, it's an invention that's been lying dormant for over a century. According to the Guardian, a British inventor came up with the design for a bamboo bicycle as early as 1894. "It's just never taken off," the newspaper explained. The do-it-yourself model, however, could change that.