And this is why downhill mountain biking is one of the most exciting spectator sports out there.For more like this, check out http://win.gs/Pinned 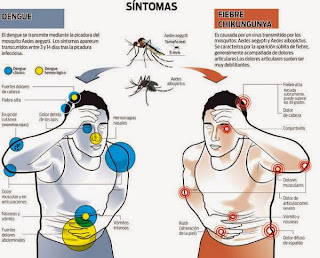 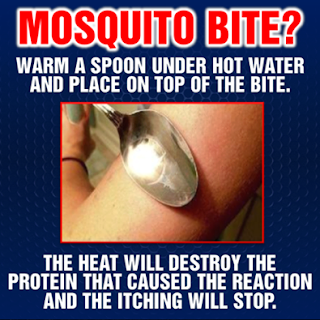 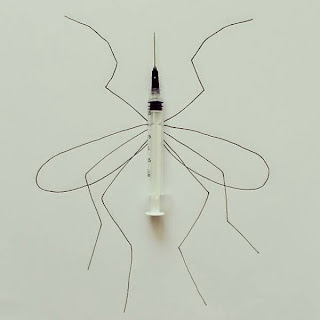 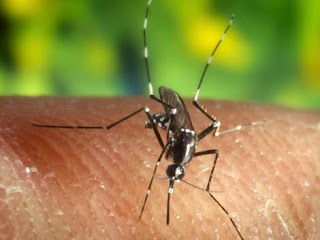 Are You A Mosquito Magnet? Why Mosquitoes Bite Some People More Than Others And an Easy Way To Avoid Bites
APR 19, 2015by ELIYOKIM COHENin HEALTH

Summertime calls most of us to spend time outdoors, but this means we must share our space with mosquitoes. Scientists say that about one in five people are especially appetizing targets for the little bloodsuckers… are you one of them?

Of the 3,000 species of mosquitoes in the world, roughly 200 can be found in the US, which all differ in their persistence, biting habits, and ability to transmit disease.

Protecting yourself from mosquito bites not only prevents that horrid itching but can also lessen your chances of contracting several mosquito-borne illnesses, such as encephalitis, yellow fever, malaria, West Nile virus, or dengue.

It is estimated that between one and two million people worldwide die each year from mosquito-borne illnesses, the most common being malaria.1

Most commercial insect repellants contain a chemical called DEET, which should be used with caution, if at all. Many studies have found DEET to have harmful effects.

Fortunately, there are plenty of tricks for keeping biting bugs at bay, and they don’t involve applying toxic chemicals to your skin. There are also several natural remedies that can help take the sting out of your insect bites, should your preventative efforts fail.

Although the above video is highly informative, it is dangerously wrong at the end as it states that insect repellants with DEET are the only ones that work. That is simply untrue as there are many safer and effective alternatives, like the bug spray we have in our store.

Mosquitoes Plan Their Attack from Behind the 50-Yard-Line

Mosquitoes are attracted to a number of chemical compounds that they can detect from an impressive 50 yards away. The males are not interested in your blood, but the females are a different story, thirsting after the protein and iron in your blood to produce their eggs.


At this point in our scientific knowledge base, we know that mosquitoes are attracted to the following:

-Bacteria: One trillion microbes live on your skin and create your body odor. Humans have only about 10 percent of these microbes in common—the rest vary between individuals. Some of us have a collection of microbes that are particularly irresistible to mosquitoes.

-Chemical compounds: When they are sniffing us out, mosquitoes home in on a wide variety of chemicals—277 were isolated as potential mosquito attractants from human hand odors in one 2000 study.2

Some of their favorites are lactic acid, ammonia, carboxylic acid, and octenol (present in human breath and sweat). Mosquitoes are especially drawn to carbon dioxide.

The more you emit, the more attractive you are to them. Larger people naturally emit more carbon dioxide than smaller people, which is one of the reasons adults seem to be bitten more often than children.

-Movement and heat: Mosquitoes are drawn to both movement and heat. So if you’re exercising outside on a warm summer evening, you’re the perfect target—especially if you’re short of breath!

It was once believed that mosquitoes were attracted to human sweat, but science has disproven that the sweat itself attracts them. Instead, they are drawn by the chemical changes produced by bacteria in your sweat.3, 4

Sweat itself is odorless until bacteria act upon it. Although mosquitoes are not attracted to fresh sweat, if you offer them up some “fermented sweat,” they’ll be all over you.

A 1999 study5 found that human sweat was attractive to malarial mosquitoes after one to two days of incubation. During this time, bacteria in the sweat multiplied, which changed its pH from acidic to alkaline as sweat components decomposed into ammonia.

They also found that malarial mosquitoes flock to foot odor—they will even bite a pair of smelly socks if you hang them up after wearing them for a few days.

Not only do mosquitoes find some odors irresistible, but others have been found to impair their ability to find their hosts—and some of these compounds are secreted by your body. One of these compounds is 1-methylpiperzine, which blocks mosquitoes’ sense of smell so effectively that they are rendered oblivious to the presence of a juicy human hand nearby.6

Insect sprays containing 1-methylpiperzine are in the works, but thus far scientists have not been able to determine how to keep the substance from evaporating off your skin, as naturally occurs over time.

Certain people seem to secrete more of these natural substances than others, making them essentially invisible to mosquitoes, which may help explain why some folks seem to be bitten more than others.

Currently, DEET (N,N-diethyl-meta-toluamide) is used in hundreds of products, in concentrations of up to an astounding 100 percent. If a chemical melts plastic or fishing line, it’s not wise to apply it to your skin—and that is exactly what DEET does. Children are particularly at risk for subtle neurological changes because their skin more readily absorbs chemicals in the environment, and chemicals exert more potent effects on their developing nervous systems. Based on 30 years of clinical studies, DEET exposure can potentially cause the following adverse health effects:7

Another potentially harmful chemical found in many bug sprays is permethrin. This chemical is a member of the synthetic pyrethroid family, which is known to be neurotoxic. The US Environmental Protection Agency (EPA) has also deemed permethrin carcinogenic—capable of causing lung tumors, liver tumors, immune system problems, and chromosomal abnormalities. Pyrethroids have recently been linked to behavior problems in children as well.

Permethrin is very toxic to the environment—especially to bees and aquatic life—and is extremely toxic to cats.10 Even a few drops can be lethal to your feline companion. It is used as an ingredient in some topical flea products, so when you see “for dogs only” on the label, it likely contains permethrin. For more information, please refer to the Environmental Working Group’s (EWG) extensive 2013 review of bug repellant ingredients.11

Naturally, the best way to avoid mosquito bites is to prevent coming into contact with them in the first place. You can avoid insect bites by staying inside between dusk and dawn, which is when they are most active. Mosquitoes are also thicker in shrubby areas and near standing water. The American Mosquito Control Association (AMCA) has a helpful factsheet12 of things you can do to prevent mosquito breeding on your property. Their “Three Ds” of protection are the following:

-Drain—Mosquitoes require water in which to breed, so carefully drain any and all sources of standing water around your house and yard, including pet bowls, gutters, garbage and recycling bins, spare tires, bird baths, etc.

-Defend—While the AMCA recommends using commercial repellents, I highly recommend avoiding most chemical repellents for the reasons already discussed; try some of the natural alternatives instead

Bat houses are becoming increasingly popular since bats are voracious consumers of insects, especially mosquitoes. For more on buying a bat house or constructing one yourself, visit the Organization for Bat Conservation.13 Planting marigolds around your yard also works as a bug repellent because the flowers give off a fragrance that bugs dislike. A simple house fan may also help keep mosquitoes at bay if you’re having a get-together in your backyard. Dragonflies are also very useful. I have literally thousands of them flying in my backyard. They are the two-inch variety and I haven’t had a problem with mosquitoes as they are nearly as effective as bats at reducing the mosquitoes.

Fortunately, there are highly effective mosquito repellents on the market comprising natural botanical oils and extracts that are every bit as effective as DEET, but with none of the potentially harmful effects. You can also make your own repellent using:

-Wash with citronella soap, and then put some 100 percent pure citronella essential oil on your skin. Java Citronella is considered the highest quality citronella on the market

-Catnip oil (according to one study, this oil is 10 times more effective than DEET)15

Use a natural formula that contains a combination of citronella, lemongrass oil, peppermint oil and vanillin to repel mosquitoes, fleas, chiggers, ticks, and other biting insects,which is recommended in a June 2014 article on AlterNet.17.

A study back in the 1960s indicated that taking vitamin B1 (thiamine) may be effective in discouraging mosquitoes from biting. However, studies since then have been inconclusive.18 The theory is, taking more vitamin B1 than your body requires causes the excess to be excreted through your urine, skin, and sweat. Vitamin B1 produces a skin odor that female mosquitoes seem to find offensive.

This vitamin is water-soluble, and there is no danger of toxicity—even at high doses—so it is a safe measure to try. Dr. Janet Starr Hull recommends taking one vitamin B1 tablet a day from April through October, and then adding 100 mg of B1 to a B100 Complex daily during the mosquito season to make you less attractive to mosquitoes. You may also want to forgo bananas during mosquito season, as something about how they are metabolized appears attract mosquitoes. Research also suggests that regularly consuming garlic or garlic capsules may help protect against both mosquito and tick bites.

Treating Bites and Stings with Herbs and Natural Agents

Once you’ve been bitten, the objective changes from repelling to treating the itch and inflammation caused by the bite. Fortunately, a variety of herbs and other natural agents are soothing to the skin, and many have anti-inflammatory and antimicrobial properties. So, for your occasional mosquito bites, try some of the following:

-Aloe Vera: Contains more than 130 active compounds and 34 amino acids that are beneficial to your skin

-Calendula: An herb with soothing, moisturizing, and rejuvenating properties

-Chamomile: The most soothing herb of all, whether used in a tea or applied to the skin; rich in the bioflavonoids apigenin, luteolin, and quercetin

-Cinnamon: In addition to possibly repelling mosquitoes, cinnamon has antibacterial and antifungal properties

-Raw organic honey: An especially powerful variety is Manuka honey from New Zealand, made from bees that feed on flowers of the Manuka bush, also known as the “Tea Tree”

-Lavender: One of the most popular essential oils for its calming scent, lavender is soothing and antimicrobial

-Neem oil: Effective against fungal conditions, boils, eczema, and ringworm, and it would undoubtedly help an insect bite as well

-Tea Tree oil: Helpful for healing cuts, burns, infections, and a multitude of other skin afflictions; also a good antimicrobial and antifungal

-Basil: Contains camphor and thymol, two compounds that can relieve itching; crush up some fresh herb and apply directly to the bite, or buy the essential oil

-Lemon and lime: Both have anti-itch, antibacterial, and antimicrobial actions; avoid applying citrus juices to your skin when outdoors, however, as blistering can occur when exposed to sunlight

-Peppermint: The cooling sensation can block other sensations, such as itching, and provide temporary relief; either crushed fresh leaves or the essential oil will do

-Jewelweed: A wildflower that grows throughout in the Eastern US, helpful for reducing itching from many types of skin ailments, including poison oak and ivy19, 20

-Tea bags: Swiping a cooled tea bag over your bites can help, as the tannins in the tea act as an astringent, to reduce swelling

-Apple cider vinegar: Add two to three cups to your bath and soak for 30 minutes; the acidity helps relieve itching

-Baking soda: Dissolve in your bath and soak for 30 minutes

-Witch hazel: Make a paste out of witch hazel and baking soda, and apply directly to your bite to reduce swelling