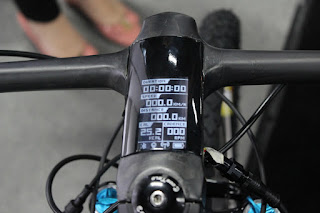 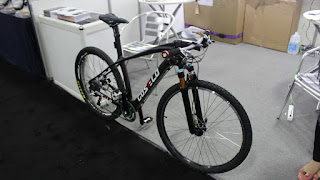 Cotlo's Corvus smart bike knows when cars are coming from behind 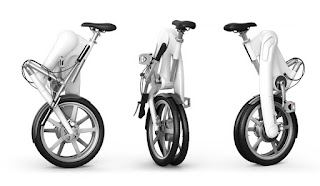 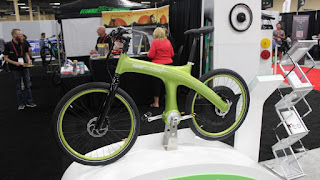 Mando announces "big"-wheeled version of its Footloose chainless e-bike
BEN COXWORTH SEPTEMBER 17, 2015
If you’re at all familiar with e-bikes, then you’ve probably at least heard of the Mando Footloose. Besides simply looking unique, it distinguishes itself by having neither a chain nor a belt drive. Until now, however, all the models featured relatively small 20-inch wheels – not the greatest thing for surviving potholes, or maintaining speed. That’s about to change, as Mando has unveiled its soon-to-be-released 26-inch-wheeled Footloose.

Like the existing models, the new Footloose uses the rider's pedalling power to charge the bike's battery via an alternator in the crank. That battery in turn powers the rear hub motor. Riders can choose between throttle-only and pedal-assist modes, while viewing stats such as speed and battery charge level on a detachable 2.4-inch color LCD screen.

Featuring a carbon fiber frame and fork, it tips the scales at 48.5 lb (22 kg). For comparison, the smaller-wheeled Footloose IM weighs 47.3 lb (21.5 kg) and offers very similar performance figures. Like the IM but unlike the original Footloose, the big-wheeled version does not fold.

The Mando rep we spoke to at Interbike 2015 told us that pricing for the new model has yet to be determined, but it should be available sometime next year. 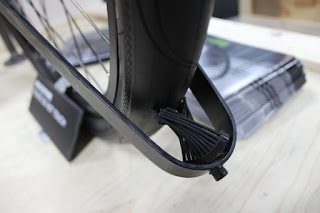 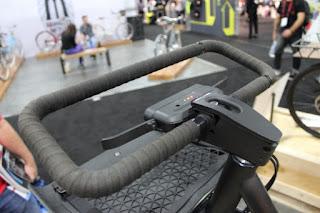 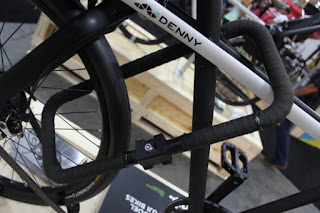 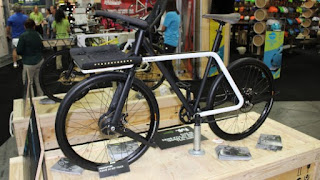 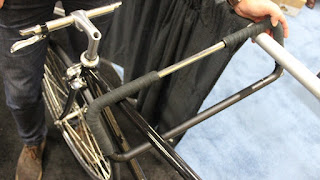 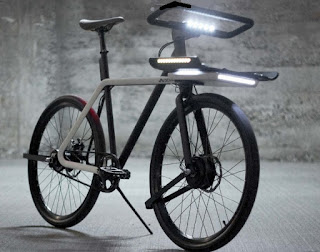 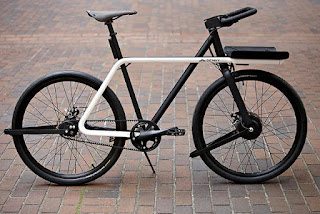 Denny bike lock doubles as a handlebar
The lock is made from steel and when pulled apart, one section to which the brake levers are attached remains on the bike's handlebar stem. The rest can be used to secure the bike to a railing or bike rack just like a regular U-lock. 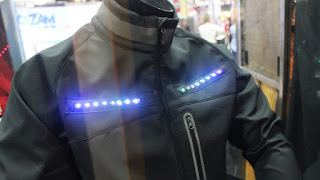 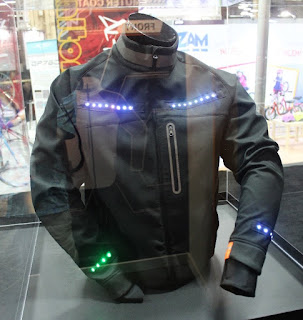 Lumenus smart jacket signals a change of direction for cyclists 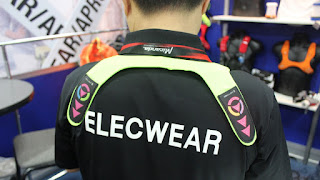 Elecwear cycling vest offers hands-free signaling and ears-free music
We've seen cycling gloves and jackets with built-in turn indicators before, although the former still requires you to take your hands off the bars to signal, while the latter requires you to wear a jacket even when it's warm out. The Elecwear cycling vest, however, attempts to address both of those issues – plus it lets you listen to music, earphones-free.

Made by South Korean company Aprowin, the Elecwear vest is worn like a shrug, over top of the user's existing shirt or jacket.

It contains LED turn indicators on the back, which are wirelessly activated via a handlebar-mounted remote. It also has two 2.0-watt Bluetooth speakers in the front, which receive music from the user's smartphone and direct the sound towards the rider's ears. Buttons on one of the speakers allow users to do things like skipping tracks or adjusting volume, without having to access their phone.
The vest is powered by a USB-rechargeable 500-mAh lithium-polymer battery, which should be good for 5 to 10 hours of music playback (depending on volume), or about 20 hours of signaling per charge.

The Elecwear vest is already available in some Asian markets, although Aprowin is now seeking distributors in North America. A company rep told us that it will likely be priced around US$80, with other models that feature only turn indicators or only speakers costing less.

One small thing to keep in mind, however ... Because the vest doesn't have LEDs on the front, users will still have to use traditional hand signals to let oncoming motorists know that they're turning. 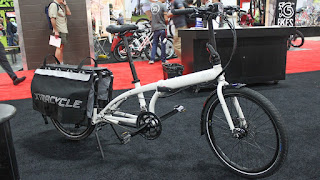 Kickstarter campaign to raise funds to bring it to market. Early pledges of US$1,500 are available with shipping slated for April 2016 if all goes to plan. The Cargo node is expected to retail for $1,800.
http://www.xtracycle.com/cargo-node-kickstarter/
http://www.gizmag.com/cargo-node-folding-bike/39452/ 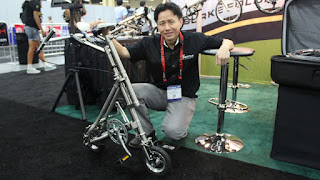 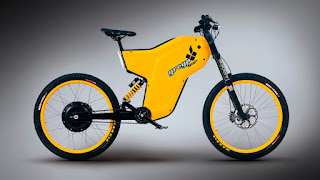 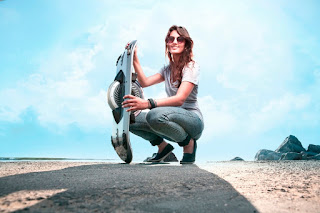 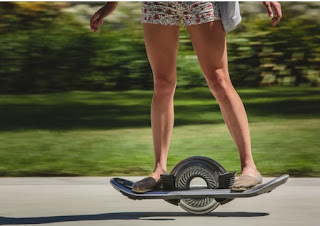 Hoverboard: Evolution in Personal Mobility
by hoverceo
on Sketchfab


The Hoverboard surfs the streets on a single wheel 3775 us $

Had to redo this #miniflipmonday gone #miniflip2manualMonday with @tvansteenbergen #tldbike #d3helmet・・・#miniflipmonday from last week. Check out the full video on my Facebook page. Link in bio