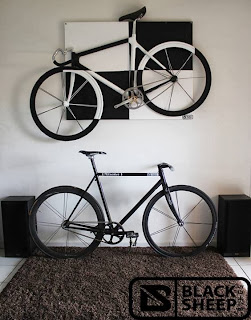 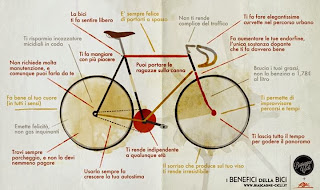 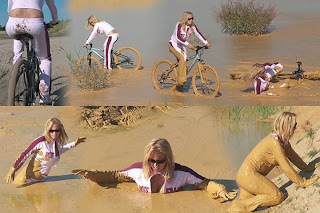 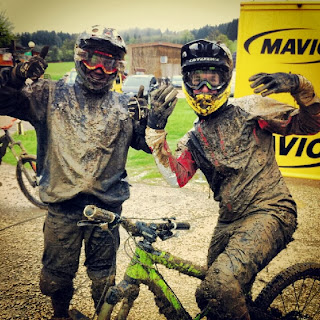 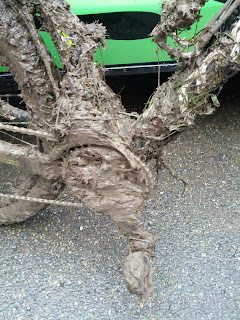 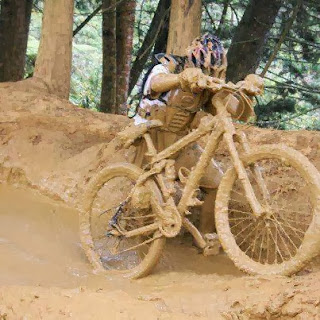 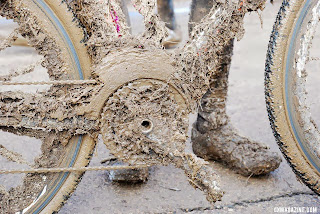 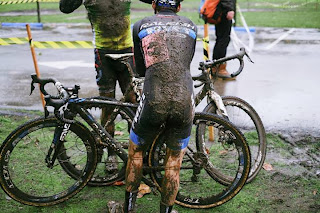 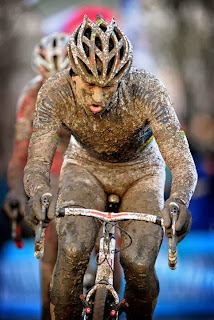 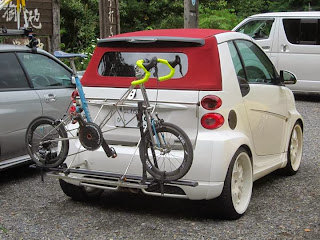 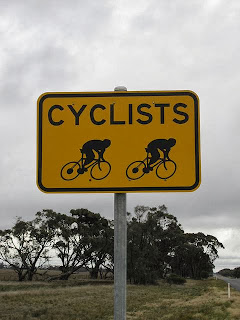 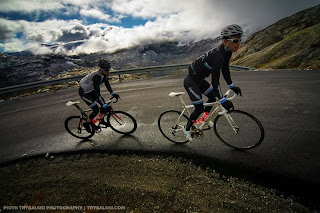 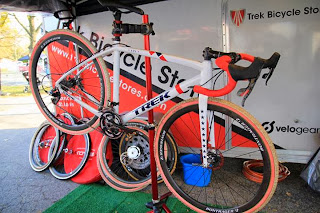 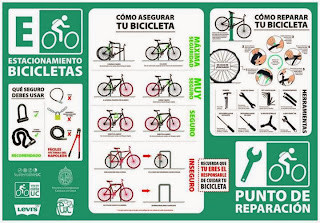 Need for Speed and Ken Block present: Gymkhana SIX: The Ultimate Gymkhana Grid Course. Need For Speed's Racing Advisor Ken Block built the ultimate Gymkhana GRID course -- a real-life playground to showcase the sheer speed, fun and exhilarating action of driving. This means all-new obstacles that help raise the difficulty for Block to master in his Ford Fiesta ST RX43 2013 racecar, including maneuvering around a moving wrecking ball and sliding through narrow opening cut into the sides of shipping containers. Block also added videogame elements from Need for Speed Rivals. Watch as he executes multiple jumps, drifts around Lamborghini Aventadors and evades the videogame-themed Redview County cops on Segways in his own unique style. You can almost smell the burn of the rubber as he tears up this incredible course. So sit back and enjoy the ride.

OPINION
Is It O.K. to Kill Cyclists?


SAN FRANCISCO — EVERYBODY who knows me knows that I love cycling and that I’m also completely freaked out by it. I got into the sport for middle-aged reasons: fat; creaky knees; the delusional vanity of tight shorts. Registering for a triathlon, I took my first ride in decades. Wind in my hair, smile on my face, I decided instantly that I would bike everywhere like all those beautiful hipster kids on fixies. Within minutes, however, I watched an S.U.V. hit another cyclist, and then I got my own front wheel stuck in a streetcar track, sending me to the pavement.
Related in Opinion

The Rules of the Road
Should the laws and infrastructure be altered to recognize differences between bikes and cars, or should cyclists and drivers be treated the same?
I made it home alive and bought a stationary bike trainer and workout DVDs with the ex-pro Robbie Ventura guiding virtual rides on Wisconsin farm roads, so that I could sweat safely in my California basement. Then I called my buddy Russ, one of 13,500 daily bike commuters in Washington, D.C. Russ swore cycling was harmless but confessed to awakening recently in a Level 4 trauma center, having been hit by a car he could not remember. Still, Russ insisted I could avoid harm by assuming that every driver was “a mouth-breathing drug addict with a murderous hatred for cyclists.”

The anecdotes mounted: my wife’s childhood friend was cycling with Mom and Dad when a city truck killed her; two of my father’s law partners, maimed. I began noticing “cyclist killed” news articles, like one about Amelie Le Moullac, 24, pedaling inside a bike lane in San Francisco’s SOMA district when a truck turned right and killed her. In these articles, I found a recurring phrase: to quote from The San Francisco Chronicle story about Ms. Le Moullac, “The truck driver stayed at the scene and was not cited.”

In stories where the driver had been cited, the penalty’s meagerness defied belief, like the teenager in 2011 who drove into the 49-year-old cyclist John Przychodzen from behind on a road just outside Seattle, running over and killing him. The police issued only a $42 ticket for an “unsafe lane change” because the kid hadn’t been drunk and, as they saw it, had not been driving recklessly.

You don’t have to be a lefty pinko cycling activist to find something weird about that. But try a Google search for “cyclist + accident” and you will find countless similar stories: on Nov. 2, for example, on the two-lane coastal highway near Santa Cruz, Calif., a northbound driver lost control and veered clear across southbound traffic, killing Joshua Alper, a 40-year-old librarian cycling in the southbound bike lane. As usual: no charges, no citation. Most online comments fall into two camps: cyclists outraged at inattentive drivers and wondering why cops don’t care; drivers furious at cyclists for clogging roads and flouting traffic laws.

My own view is that everybody’s a little right and that we’re at a scary cultural crossroads on the whole car/bike thing. American cities are dense enough — and almost half of urban car trips short enough, under three miles — that cities from Denver to Miami are putting in bike-share programs. If there’s one thing New York City’s incoming and departing mayors agree on, it’s the need for more bike lanes.

The American Medical Association endorses National Bike to Work Day, and more than 850,000 people commute on a bicycle, according to the League of American Bicyclists. Nationwide, cycling is the second most popular outdoor activity after running, supporting a $6.1 billion industry that sold 18.7 million bikes last year.

But the social and legal culture of the American road, not to mention the road itself, hasn’t caught up. Laws in most states do give bicycles full access to the road, but very few roads are designed to accommodate bicycles, and the speed and mass differentials — bikes sometimes slow traffic, only cyclists have much to fear from a crash — make sharing the road difficult to absorb at an emotional level. Nor does it help that many cyclists do ignore traffic laws. Every time I drive my car through San Francisco, I see cyclists running stop signs like immortal, entitled fools. So I understand the impulse to see cyclists as recreational risk takers who deserve their fate.

But studies performed in Arizona, Minnesota and Hawaii suggest that drivers are at fault in more than half of cycling fatalities. And there is something undeniably screwy about a justice system that makes it de facto legal to kill people, even when it is clearly your fault, as long you’re driving a car and the victim is on a bike and you’re not obviously drunk and don’t flee the scene. When two cars crash, everybody agrees that one of the two drivers may well be to blame; cops consider it their job to gather evidence toward that determination. But when a car hits a bike, it’s like there’s a collective cultural impulse to say, “Oh, well, accidents happen.” If your 13-year-old daughter bikes to school tomorrow inside a freshly painted bike lane, and a driver runs a stop sign and kills her and then says to the cop, “Gee, I so totally did not mean to do that,” that will most likely be good enough.

“We do not know of a single case of a cyclist fatality in which the driver was prosecuted, except for D.U.I. or hit-and-run,” Leah Shahum, the executive director of the San Francisco Bicycle Coalition, told me.

Laws do forbid reckless driving, gross negligence and vehicular manslaughter. The problem, according to Ray Thomas, a Portland, Ore., attorney who specializes in bike law, is that “jurors identify with drivers.” Convictions carry life-destroying penalties, up to six years in prison, Mr. Thomas pointed out, and jurors “just think, well, I could make the same mistake. So they don’t convict.” That’s why police officers and prosecutors don’t bother making arrests. Most cops spend their lives in cars, too, so that’s where their sympathies lie.

Take Sgt. Richard Ernst of the San Francisco Police Department, who confronted people holding a memorial at the scene of Ms. Le Moullac’s death. Parking his squad car in the bike lane, forcing other cyclists into the very traffic that killed Ms. Le Moullac, Sergeant Ernst berated those gathered, according to witnesses, and insisted that Ms. Le Moullac had been at fault. Days earlier, the department had told cycling activists that it had been unable to find surveillance footage of the crash.

Provoked by Sergeant Ernst, people at the memorial decided to look for themselves. It took them all of 10 minutes to find an auto shop nearby with a camera that had footage of the incident. The police eventually admitted that the truck driver was at fault, but they still have not pressed charges.

Smart people are working to change all this. Protected bike lanes are popping up in some cities, separated from car traffic. Several states have passed Vulnerable User Laws placing extra responsibility on drivers to avoid harming cyclists and pedestrians. Nobody wants to kill a cyclist, but the total absence of consequence does little to focus the mind. These laws seek to correct that with penalties soft enough for authorities to be willing to use them, but severe enough to make drivers pay attention. In the Oregon version, that means a license suspension and a maximum fine of $12,500 or up to 200 hours of community service and a traffic-safety course.

Cycling debates often break along predictable lines — rural-suburban conservatives opposed to spending a red cent on bike safety, urban liberals in favor. But cycling isn’t sky diving. It’s not just thrill-seeking, or self-indulgence. It’s a sensible response to a changing transportation environment, with a clear social upside in terms of better public health, less traffic and lower emissions. The world is going this way regardless, toward ever denser cities and resulting changes in law and infrastructure. But the most important changes, with the potential to save the most lives, are the ones we can make in our attitudes.

So here’s my proposal: Every time you get on a bike, from this moment forward, obey the letter of the law in every traffic exchange everywhere to help drivers (and police officers) view cyclists as predictable users of the road who deserve respect. And every time you get behind the wheel, remember that even the slightest inattention can maim or kill a human being enjoying a legitimate form of transportation. That alone will make the streets a little safer, although for now I’m sticking to the basement and maybe the occasional country road.


Daniel Duane is a contributing editor for Men’s Journal.
A version of this op-ed appears in print on November 10, 2013, on page SR6 of the 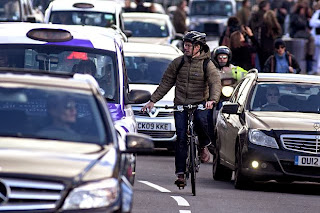 I don’t ride a bike, why should I support measures to boost cycling?