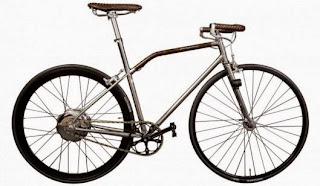 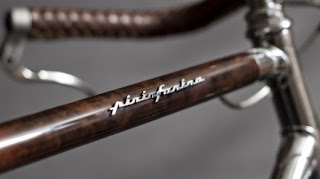 Over its 84-year history, Pininfarina has designed breath-taking cars for the likes of Ferrari, Maserati, and Alfa Romeo. Starting in the 1980s, however, the Italian design firm began branching out into other types of products. Now, it's offering its own house-brand e-bike – the Pininfarina Fuoriserie.

Built for Pininfarina by Italian bicycle manufacturer 43 Milano, the Fuoriserie's frame is...It has a ZeHus Bike+ rear hub motorThe interlaced leather emulates the leather interior of the Pininfarina-designed 1936 Lanc...The headlight puts out 250 lumens View all
According to the company, the Fuoriserie was inspired by the "tailor-made cars of the Thirties." In fact, the interlaced leather used on its handlebar grips and saddle (provided by Italian leather goods manufacturer The Bridge) emulates the leather interior of the Pininfarina-designed 1936 Lancia Astura Bocca.

It also has a hub dynamo-powered lighting system made by Germany's Supernova, which includes a 250-lumen LED headlight.

Built for Pininfarina by Italian bicycle manufacturer 43 Milano, the Fuoriserie's frame is...
The rider's pedaling power is augmented by a 250-watt ZeHus Bike+ rear hub motor, allowing them to reach a maximum speed of 25 km/h (15.5 mph). Its lithium-ion battery is charged both by the rider's pedaling on easy stretches and via regenerative braking, so it theoretically shouldn't need to be plugged in to recharge.

There's no word on the complete bike's weight, and we're still waiting to hear back from Pininfarina regarding its price. Given that only 30 Fuoriseries are being made, however, it's probably safe to assume that they won't be cheap. 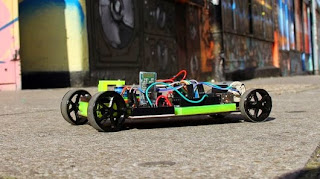 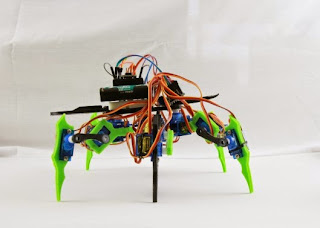 As confirmed by a strong robot presence in our round-up of the best tech toys for kids this year, there's something captivating and fascinating about interacting with robots. But rather than just play with a factory-assembled robot like the mesmerizing MiP we got to control at IFA back in the September, many folks want to build and customize their own. The Brighton, UK-based Maker Club has launched a project developed for the home and educational market that combines a custom control chip, a mobile app, an online learning package and 3D printing.

The Maker Club robot kit comes with Arduino-based brains and an iOS/Android smartphone app...Each bot comes ready to build straight from the box and the team has developed a library o...Builders can 3D print the parts on a desktop printer and then build the robot with electro...Maker Club members teaching kids to code and build robotsView all
Kids young and old can currently only dream about having the resources – and the money – available to create advanced mechanical pals like Honda's ASIMO, but it is still possible to build custom robots at home without breaking the bank. "Affordable electronic components and 3D printers, mean anyone can create things for tens of pounds rather than thousands," said Club CEO Simon Riley. "They just need to be led through the process."

Maker Club members teaching kids to code and build robots
The Maker Club is looking forward to the day when folks will be printing their own personalized vacuum cleaners, educational toys and "special projects" and is hoping to add fuel to that future fire with a robot kit that comes with Arduino-based brains and an iOS/Android smartphone app package called the MakerConnect. The microcontroller and app allow control of the bot over Bluetooth, though home hackers can also use the system to for home automation systems and sensors. The team is also planning to leverage the power of a user's smartphone to connect the app to the cloud, meaning that it could be possible to remotely control bots or access user sensor data in other parts of the world.

The Club has designed its range with interchangeable components. Each bot comes ready to build straight from the box and the team has developed a library of Arduino code that will allow tinkerers to use the robots straight away, but builders are encouraged to expand, experiment and evolve the designs. Of course adventurous robo-scientists can design, 3D-print and program their own creations using custom electronics, step-by-step online tutorials and a game-like learning system developed by the Club.

The developers promise to provide the support needed to create and code dream projects, and roboticists will even be able to upload and sell bot designs to the Club's online portal. Folks who want to get in on the action, but don't own a desktop 3D printer can relax, as the Maker Club says it can print the necessary components and ship them out with the electronics needed for the build.

The Maker Club's Quadmonster robot
The Maker Club is raising funds for the project on Indiegogo, where backers can choose pre-printed kits (which all come with the MakerConnect microcontroller and app) or can design and print their own. A Grabber robotic arm is pitched at £39 (US$60) and a Carduino RC car kit at £59, for example, and will get you the electronics and 3D CAD files needed for home printing. If you don't plan to print the parts yourself, you'll need to add another £20 and the Maker Club will take care of that for you.

At the time of writing, an early bird MakerConnect chip and app package aimed at pro-level robot builders is still available for a pledge of £19. If all goes to plan, the team estimates delivery will start in March 2015.

The Club's pitch video is below. 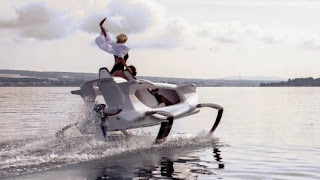 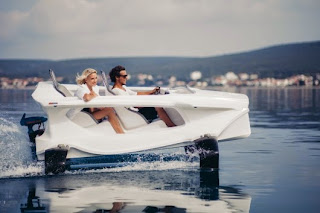 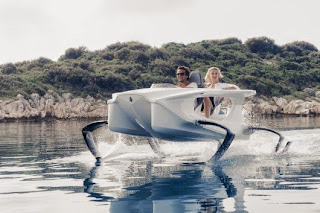 MARINE
The high-flying Quadrofoil hydrofoil is ready for production

Unlike the U-boat Worx HP Sport Sub 2 that’s designed to outperform octopi under the water, the Quadrofoil has been developed to provide hydrofoil performance above it. When Gizmag first reported on the Quadrofoil back in 2012, the Slovenian craft was still in its prototype stages, but now it’s ready for production and available for global pre-order.

Using C-foil technology, the Quadrofoil's specially shaped hydrofoils provide the necessar...The company reports a full charge in 2 hours and a range of 100 km (54 nautical miles) for...The electric powered Quadrofoil Q2S is good for a top speed of 40 km/h (21 knots) above th...The Quadrofoil, without foils attached, takes up 1.5 m (5 ft) from side to side, while sta...View all
The radically finned Quadrofoil is described as a hydrofoiling personal watercraft (PWC), but unlike other PWCs the Quadrofoil produces marginal noise pollution, zero emissions, and creates only the tiniest of waves. As a result, the company claims the quad-finned watercraft could in theory access more environmentally sensitive areas where noise and wave disturbances are prohibited.

Using C-foil technology, the Quadrofoil's specially-shaped water wings provide the necessary lift forces to get the craft out of the water at only 12 km/h (6.5 knots). Made of composite materials and weighing in at only 100 kg (220 lb), the craft is relatively light and the designers claim it is unsinkable thanks to its hollow hull construction.

The Quadrofoil is claimed a more environmentally-friendly option as it produces marginal n...
The craft's cockpit is a simple, straightforward affair. The video game-like steering wheel features an integrated touch screen that provides key information such as range, speed, battery power and consumption. The steering wheel also manages all the craft’s functions and, in a novel anti-theft move, it doubles as the Quadrofoil's key. The higher end Q2S comes loaded with goodies like GPS, depth meter, navigation lights and fake leather upholstered seats.

Since the initial launch in 2012, the designers have made a number of technical changes and improvements to the craft. A new outboard motor in conjunction with the craft’s hydrofoils are now controlled simultaneously via a new steering system. The result is reported to be a more stable, more agile craft. Drift control has apparently been improved to provide more precise handling characteristics.

In terms of safety, the Quadrofoil designers have developed a new anti-collision system to absorb forces in the event of an accident. The makers have also added life jackets, a paddle and a whistle should the craft toss the occupants into the drink.

Using C-foil technology, the Quadrofoil's specially shaped hydrofoils provide the necessar...
The limited edition Q2S is available for US$28,000 on pre-order now, with the Q2A version costing significantly less at $18,700. The Quadrofoil series is due to ship in March 2015.

The video link below shows the Quadrofoil PWC on a picturesque Slovenian lake.