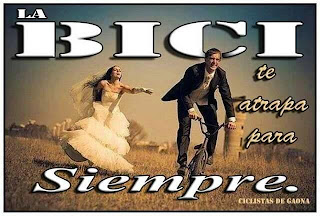 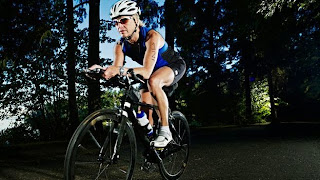 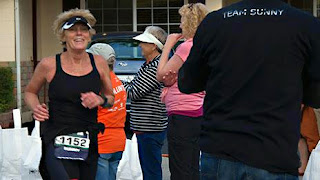 When you grow old, could you run 20 marathons back-to-back? David Robson reports on the senior ultra-athletes who are defying the limits of aging and the body.

A gruelling marathon and cycle ride through Switzerland’s mountains is not the average way to celebrate your 61st birthday. “I’d sworn I would never do an event like this – it seemed so long and brutal, with so much suffering,” says Sunny McKee. But here she was, competing in the formidable Ironman Championships. It involved cycling 180 kilometres (112 miles), combined with a marathon and a four-kilometre (2.5-mile) swim. All in a single day.

McKee was no stranger to intense exercise; she had been competing in regular, shorter, triathlons for 30 years. But it was only when she visited the championships in 2007 that she’d decided to take on an “ultra-endurance” event. There, she saw a double amputee manage to finish the race, despite having to stop every 20 minutes to empty his prosthetic legs of the sweat. “I decided that if someone like that could do it, then someone like me could too.”

Now 65, she is hooked, and competed in her latest Ironman event this October, with no ill effects. “I can run rings around my children and grandchildren,” she says.

A few decades ago, facing that kind of intense challenge after middle age might have seemed unthinkable. But over the past few years, it has become surprisingly common to find pensioners performing in ultra-endurance events like Ironman triathlons. A few are even running 20 consecutive marathons and cycling the entire breadth of America – across mountain and desert – on almost no sleep. So how do they do it? And what do these amazing feats tell us about the limits of the ageing body?


Sunny McKee, now 65, competes in ultra-endurance events that few could manage (Sunny McKee)
Whether young or old, ultra-endurance events are far more demanding than traditional sports. According to one definition, any competition that lasts more than six hours could be considered ultra-endurance, but it is a wide spectrum: the more extreme events include 4,800-kilometre (3,000-mile) cycle rides, 1,000-kilometre (625-mile) ultra-marathons and the “Deca” Ironman that involves 10 triathlons on the trot. When these competitions kicked off in the 1970s, many doctors feared that the exertion would be sure to push the body beyond breaking point.

The evidence today, however, suggests otherwise. “Ultra-endurance is a massive cardio-vascular challenge,” says Keith George at Liverpool John Moores University in the UK. “But we don’t have hundreds of people going to accident and emergency after these events.” A study taking blood samples of middle-aged ultra-marathon runners, for instance, found no cause for alarm. Although you can’t account for exceptions, George thinks that people who train appropriately should be safe. “You can’t normally run yourself into a heart attack if you don’t have a pre-existing disease,” he says. Nor do the regulars seem to show a significant build-up of long-term damage – like scar tissue in the heart’s muscles or excessive wear and tear to their joints – that some had expected. “The vast majority of people work within their stress limits, they complete the activity, and everything is fine,” says George.

The brains of ultra-athletes shrink significantly during events (SPL)
Strangely, the brain perhaps suffers the most. One fMRI study, which scanned the brains of athletes (young and old) taking part in a 4,500-kilometre (2,800-mile) ultra-marathon found that the brain’s volume of grey matter fell by 6% across the course of the race. “It’s a very profound loss,” says Wolfgang Freund at Ulm University Hospital in Germany, who followed the athletes with a 50-tonne truck full of brain imaging equipment. However, it returns to its usual size during the following months. For this reason, Freund suspects the cells themselves weren’t dying, but shrinking as their nutrients were drained to feed the rest of the body. “The body is sucking everything it has to burn on the road.”

Although the older athletes’ bodies will be hit in all of these ways, they seem to be just as robust as their younger competitors. True, the 60 and 70-year-olds aren’t the overall winners. Beat Knechtle – a doctor at the University of Zurich and an Ironman himself – has found the top Ironman and ultra-marathon athletes are under 44. But crucially, there isn’t a precipitous decline after 50; many of the older athletes still compete and finish in good time, without any ill effects to their bodies. “The human body is a fantastic thing and remains trainable throughout the lifespan,” says George. “I would imagine there’s not a massively greater risk in those individuals. They might run slower, take longer to recover – but there is no necessity to have age cut-offs as far as I’m concerned.”


(Thinkstock)
In fact, McKee thinks that her age could be a boon in some ways. “I’ve seen these younger people who come in and think ‘I’ve done a triathlon, perhaps I’ll do an Ironman’. Then they burn themselves out and never compete again,” says McKee. In fact, despite her initial fears about the pain and suffering of the race, she found her first Ironman “an amazing experience”. One reason could be she has built up to the ultra-endurance events with a lifetime of other sports – decades of experience which help her to cope with some of the more unpleasant aspects of the course.

Various psychological studies have shown that an ultra-endurance event also demands exceptional mental resilience. Simply eating enough fuel for the body, for instance, can become a major ordeal. “Your mind tells you that you’re not hungry or thirsty, but you have to eat or you’ll be so weak you fall down,” says McKee, who has learned how to will her body to eat even when the thought is unpalatable. Such grit could come from unexpected sources: one intriguing female ultra-marathon runner, for example, has very poor short term memory as a result of brain surgery. The inability to remember what has just passed seems to help her cope with the fatigue.

(Thinkstock)
Then there are the difficulties of coping with sleep deprivation during the longer events, such as the Race Across America, a 10-day, 4,800-kilometre (3,000-mile) cycle journey from coast to coast. “Sometimes you are so tired you feel you can’t stay awake for one minute – and then find that after six hours you are still peddling,” says Valerio Zamboni, a 60-year-old competitor who lives in Monte Carlo. Finally, there are the titanic mood swings this kind of exercise can bring. “The littlest thing gets heightened when you mix ultra-endurance with a lack of sleep and a lack of energy,” says Ian Lahart at the University of Wolverhampton in the UK.

Perhaps age also brings greater emotional intelligence, a trait which has been shown to help ultra-athletes deal with the disappointments and setbacks, helping people like McKee avoid some of the worst mood swings. “I believe the mind is more important than the physical aspects,” says Zamboni. “Most people are trained physically but what you can’t train so easily is your mind.”

(Sunny McKee)
Sunny McKee succeeds where many younger competitors fail due to a lifetime of training (Sunny McKee)
These astonishing feats should rethink our attitudes about ageing. According to statistics from the US National Institute on Aging, more than half of people over-65 are classed as physically inactive, and less than 40% meet the government’s modest guidelines for exercise.

One reason might be the long-held assumption that we should slow down during retirement. Athletes like McKee and Zamboni show that the human body is hardier than you might assume, however – and could encourage more people to take up a more modest regime. The benefits of exercise, after all, include reduced risks of all kinds of complaints, including cognitive decline and dementia.

Given what he knows about the physiology of endurance athletics, Knechtle plans to continue entering Ironman events until he is 70. “My take-home message is that there are no limits [to the human body] – the athlete makes their own limits,” he says. Zamboni, meanwhile, enters around seven ultra-endurance events a year and has no plans to stop. “I will compete for as long as I can.”

The same goes for McKee – although she may take a year off in 2015 to spend the summer cycling around Europe. Her secret, she says, has been her family’s support, which she considers as important as any amount of training. “I can’t tell you how it inspires me when you’re in the last six miles and you see someone yelling for you,” she says. “As bad as you may feel, it helps you through every step.”