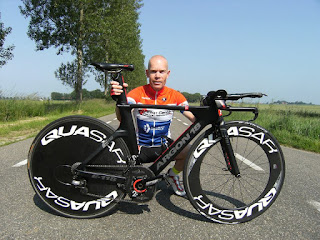 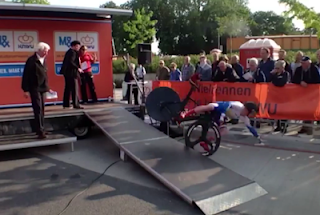 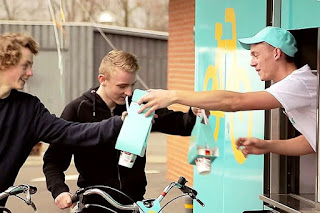 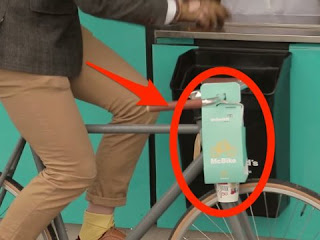 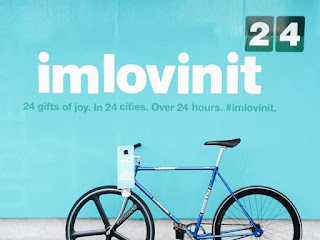 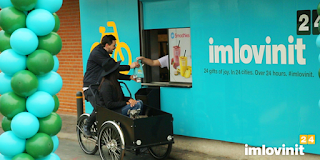 McDonald's opens a drive-thru for cyclists and jumps on the bicycle bandwagon
15:09, 28 MARCH 2015
BY ANDREW HEWITT
Launched as part of the firm's #imlovinit24 campaign, cyclists can now go through the golden arches on their bikes and pick up a double cheeseburger.We've all become accustomed to drive-thrus but now McDonald's has gone one step further by opening a dedicated lane for cyclists.The global fast food giant has opened its McBike drive-thru to lure cyclists through the door.

To mark the occasion the company has released this video showing how easy it is for you and your friends to go for a bike-thru.
Dinner time: A pair of cyclists get their order
However, before you jump on your bike and head down to your local Maccy D's, the bike-thru is only available in Denmark.It was launched as part of the firm's #imlovinit24 campaign in which McDonald's has been organising random acts in 24 cities across the world.

McDonald's Unveils Bike-Friendly Drive-Thru Packaging
The packaging was first introduced to Copenhagen and then Medellin, Colombia
By Colleen Connolly

McDonald's has launched yet another campaign in the hopes of rescuing its unhealthy image and boosting sales after continual slumps.
The Oakbrook-based fast food chain has unleashed its new packaging for cyclists ordering Big Macs at the drive-thru. The McBike is packaged so cyclists can hang it on their handlebars without spilling anything, even a soft drink.
Cubs Fan Catches Foul Ball While Bottle-Feeding Baby
The new packaging was designed by the ad agency Tribal Buenos Aires in Argentina. It was first launched in Copenhagen, Denmark, and then in Medellin, Colombia. According to Tribal Buenos Aires, the McBike will next hit Amsterdam and Tokyo. No word yet on when or if it will make it to drive-thrus in the U.S.
The new packaging is one of McDonald's many recent attempts to increase sales. In March, the fast food company cut the use of antibiotics in its chicken products after backlash from customers about the safety of their food.
Rain Moves Out As Tornado-Ravaged Towns Clean Up
Not all changes are meant to shed the company's old image, however. In January, McDonald's started a new ad campaign to bring back the "lovin'" in its "I'm Lovin' It" slogan.
In the U.S., the company has struggled to regain its former dominance of the fast food industry. Last week, the Associated Press reported that Mcdonald's was shrinking in the U.S. for the first in its history, as more restaurants were set to close than to open this year.