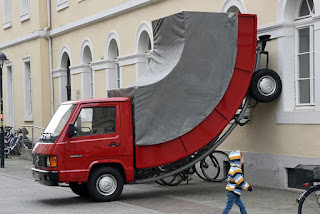 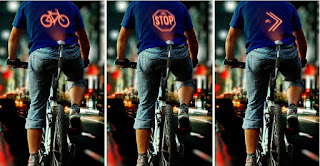 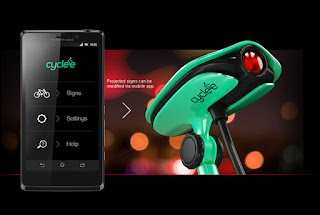 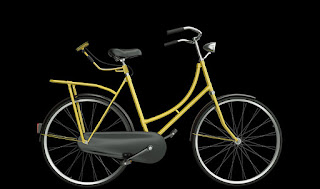 Bicycle-Mounted Device Projects Signals On Cyclists’ Backs
10 hours ago by Dainius
A mounted device that projects signals on cyclists’ backs might soon improve the relationship between road-users of every sort. Conceived by Azerbaijani designer Elnur Babayev, the Cyclee will display different illuminated signs depending on the rider’s actions. The projected images can be modified on mobile devices and transferred to the projector, which then displays the appropriate signal on the cyclist’s back.
Accident rates per kilometer are 26 to 48 times higher for bikes than for automobiles, and in bike-car accidents, the motorists are usually at fault. Countries that have invested the most in cycling infrastructure, despite having more cyclists, tend to have the lowest rates of cycling mortality.
More info: elnurbabayev.com | industrialdesignserved.com | Deviantart (h/t: designtaxi)
The “Cyclee” will display different illuminated signs on cyclists’ backs

It interprets the rider’s actions and projects the corresponding image

The device will be mountable on most bikes

A mobile application will allow it to show custom images
http://www.boredpanda.com/bike-signal-illuminated-projector-cyclee-elnur-babayev/