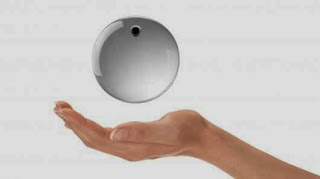 A new weight-loss device that patients swallow and is then inflated inside the stomach to accelerate the sensation of fullness when eating has been launched in the UK. Obalon is a gastric balloon that benefits patients by being relatively noninvasive in comparison to others that require surgery.

The Obalon is swallowed in a capsule without the need for sedation. It is then inflated within the stomach via an inflation catheter that is attached to the balloon at one end and remains external at the other. Once the balloon is inflated, the catheter tube is removed. The procedure is said to take no longer than 15 minutes from start to finish.

The Obalon balloon is designed for patients with a body mass index (BMI) of at least 27 kg per square meter, and is recommended for use with accompanying changes to diet and lifestyle. Sitting at the top of the stomach, it remains in situ for 12 weeks. A further two balloons can be added during that period, depending on the individual patient's requirements. Following the treatment, the balloons are removed during an outpatient endoscopy.

Speaking to Gizmag, Obalon explained that its balloon is smaller and lighter than those currently offered on the UK's National Health Service (NHS) and is filled with nitrogen gas rather than saline, allowing it to sit at the top of the stomach.

Obalon claims that clinical trials have shown a potential 50.2 percent reduction in excess body weight, a potential reduction of 8.3 percent in total body weight and a 2.8 point reduction in BMI over the three month treatment period. However, although the Obalon has been approved for use in Europe, it is yet to be approved by the FDA for use in the US, where there is reportedly a question over the long-term effectiveness of gastric balloons.

"When they take the balloons out, what happens is the stomach hasn’t shrunk," Tim Bean, a UK-based fitness expert is reported to have told CBS. "So you’re left with the same size stomach, or possibly [one that is] even bigger than there was beforehand."

When Gizmag spoke to Obalon, however, the company was clear that its balloon was not intended to help a person lose weight on its own, and that it is for use as part of a long-term behavioral change program alongside lifestyle changes and support.

The company intends to seek FDA approval and is in the process of conducting a small pilot study as part of that process. According to Obalon, markets outside the US allowed for a more rapid review and approval process.

"There are many causes for global obesity and poor portion control is just one of them," explains Spire clinics consultant Sally Norton to Gizmag, "The Obalon balloon alone is not going to reverse the global epidemic, but has potential to help a large group of overweight and obese people who are worried about their health and have no other treatment available to them." 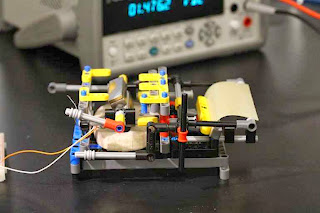 Could humidity power join the list of renewable energy sources?


Ozgur Sahin, Ph.D., believes that water evaporation is the largest power source in nature. In an effort to demonstrate the potential of this untapped resource, Sahin and his fellow researchers have created prototype electrical generators with rubber sheets that move in response to changes in humidity thanks to a coating of bacterial spores.

In a 2012 study published in the Journal of the Royal Society Interface, Sahin, along with Wyss Institute Core Faculty member L. Mahadevan, Ph.D., and Adam Driks,Ph.D., a professor of microbiology and immunology at Loyola University Chicago Stritch School of Medicine, detailed how a soil bacterium called Bacillus subtilis dries up to become a tough, wrinkled, dormant spore. These spores can then be almost immediately restored to their original shape when taking on water.

As Bacilli bacteria dry out and form spores (shown here), they wrinkle, and as they rehydr...
With their ability to shrink reversibly, the researchers realized the spores must be storing energy. In an effort to measure the energy of the spores, Sahin coated a tiny, flexible silicon plank in a solution containing the spores with the assumption he would be able to measure the humidity-driven force in a customized atomic force microscope. To his surprise, before he could even get it under the microscope, Sahin could see with the naked eye the plank curving and straightening in response to the subtle humidity changes from his breath.

"I realized then that this was extremely powerful," said Sahin.

Powerful indeed. Sahin discovered that the flexible, spore-coated plank could generate 1,000 times as much force as human muscle when the humidity was increased from that of a dry, sunny day to a humid, misty day – this is 10 times greater than materials currently used to build actuators. Sahin also calculated that moistening 1 lb (0.45 kg) of dry spores would generate enough force to lift a car 3.2 ft (1 m) off the ground.

After testing silicon, rubber, plastic, and adhesive tape, Sahin settled upon rubber as the most promising material for a spore-coated actuator. Using Legos, a miniature fan, a magnet and a spore-coated cantilever, he constructed a simple humidity-driven generator that produces electricity via the rotation of the magnet that is driven by the cantilever flipping back and forth in response to changing humidity levels.

Although the prototype only captures a small percentage of the energy released by evaporation, Sahin says efficiency could be improved by genetically engineering the spores to be stiffer and more elastic. In fact, in early experiments a mutant strain provided by Driks has already been shown to store twice as much energy as normal strains. The researchers believe the technology will one day make it possible to have electrical generators driven by changes in humidity from sun-warmed ponds and harbors.

"Solar and wind energy fluctuate dramatically when the sun doesn't shine or the wind doesn't blow, and we have no good way of storing enough of it to supply the grid for long," said Wyss Institute Founding Director Don Ingber, M.D., Ph.D. "If changes in humidity could be harnessed to generate electricity night and day using a scaled up version of this new generator, it could provide the world with a desperately needed new source of renewable energy."

The team, which also included Xi Chen, a postdoctoral research associate at Columbia University, has had their study published in the journal Nature Nanotechnology.

A spore-covered piece of latex is shown moving in response to changes in humidity in the following video.