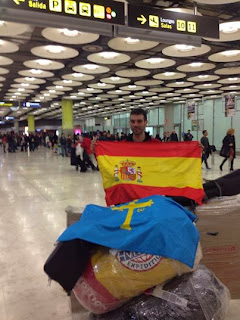 Am I a Pro Athlete?
The following scene was repeated throughout my childhood. Sometimes it was for football (American), or baseball, or basketball, volleyball, steal the flag or even just tag, but whatever the team event the general plot was the same.

First, the two self declared best athletes would be designated as team captains. Then everyone else would stand in a big group and wait as the captains would alternate choosing who would be on their team. It wouldn't take long before those that were clearly the best were chosen and then the average people would start to get picked. I always thought that was where I belonged, somewhere in the middle of the pack.

After a while though, the average athletes were all gone and the captains would start picking through the mediocre people. Well, I think I am better than that, but I can live with being picked out of that group. Soon all those are gone and now all that remains are those that they take onto their team because they have to. It is sad that I am amongst those, but, hey, if I get to play that is OK. Then it gets down to the real dregs of the group, a couple of real losers, and I think to myself, "How could you have picked him over me?" Finally it is down to the last two people--you've got to be kidding me! The worst kid in the whole group gets picked before me.

The game starts. If it is football, nobody pays any attention to me. They hike the ball and I easily slip through the offensive line and tackle the quarterback. I guess they figure it is a fluke and still ignore me. After sacking the quarterback a few times, they put someone on me and put an end to my sacking. Surely, though, I am helping the team by tying up a player that could be doing something else. Next time I will get picked earlier. But it never turns out that way.

Same basic thing happens in other games. If it is steal the flag, everyone has forgotten what team got stuck with me and I easily walk back to the flag, grab it and run. I make good progress at getting the flag across the line, but yet again nobody seems to appreciate my contribution to the team.

Maybe I am the worst athlete. After all, I was the last kid in the neighborhood to learn to ride a bike. Eight years old, and kids half my age are riding around on bikes, and I have a great big trike.

When I start mountain biking with the guys at Novell, they seem impressed with how quickly I go from a beginner to riding with almost keeping up with the most serious riders. Before long, I get this strange reputation as being an advanced mountain biker. I invite someone to go biking with us and get turned down because they feel they can't ride at my level. I know that it really isn't because I am that good, but rather it is because I am hanging out with others that are that good.

So here I am, somewhere out on the Polar Plateau, biking towards the South Pole. Is it possible that I am a professional athlete? When my Shimano rep handed over the donations from Shimano, he told me that they don't do this for anyone but professional athletes. "Wow!" I thought, "It is cool that they are making this exception." He continues to tell me of the feed back that Shimano and Pearl Izumi want on how their products work for me.

As I worked on getting all the gear for the expedition, I requested a sponsorship from a lot of companies and got turned down by most. Columbia said I could make a submission for their pro program. Filling out the forms, it asked what category I was applying as. Best fit I could find was a pro athlete. When they accepted my application to be considered a pro athlete I was a bit impressed.

That was when I was simply talking about what I was planning on doing. Now that I am here, is it really possible that the last guy chosen for any team--the computer geek--is it possible that he is a professional athlete?

Thank you to those sponsors and companies that had faith in me. And thank you to all of you family, friends and supporters who have cheered me on throughout this journey,
Jan 23 -- Final Day's Recap and Back at Union Glacier Camp
Final Day's Recap

Okay, I'm finally getting sleepy. I have completely lost track of time and days. It could be said that it is still the same day that it was when I arrived here back in November, as the sun has not set once since I've been here. But to me, though, the last few days, I can't tell how many they were and what was what day.

After I ran out of food, Hannah from ALE came to my rescue with new food. I then set up my tent and went through the food. I said in my blog entry that I got some sleep while my clothes were drying. I really wanted to sleep, but it just wouldn't come to me, so I headed south. After about six miles, I reached the top of a hill and I could see the South Pole Station. I broke down in emotional joy. I then went for a short distance, and for some reason it became very difficult to move forward. It took me a while to realize that the rear tire had gone completely flat. I quickly changed the flat. After all, it was so cold that it froze a Coke that Hannah gave me from a warm state to slush in less time than it took to get the bottle open and to my mouth. I was only able to get three-quarters of it out of the bottle.

I then proceeded to the South Pole. The South Pole camp had been taken down the day before I arrived, so there was nobody there and my actual finish felt very anti-climactic. I sat around in my tent eating and maybe getting a bit of a nap. Then my new best friend, Vesa Luomala (solo ski, from Finland), arrived. A little after that, we visited the South Pole Station, took pictures of each other at the pole, and I gathered up as many snowmen as I could. I packed up my tent and we flew back to the Union Glacier base camp.

Everything is in cleanup mode here. I took so long that Vesa and I are the last two non-ALE people left. I have been hanging around doing anything besides setting up my tent yet again. To get this blog entry sent, and to try to send a few pictures, I have to leave this dining tent, since the insulation is also a radio shield. It has been a long journey.

The next flight out of Antarctica is on January 27, so I am here for a few more days.

Thank you for following me on this Epic journey. Please donate (and tell your friends) to my new South Pole Epic Youth Project so we can help promote health and fitness for teenagers. Remember to get out and be active!

** Sorry, but I can't seem to get any pictures sent. The batteries don't like having been frozen, and they simply aren't charging. I will keep trying to get something sent.