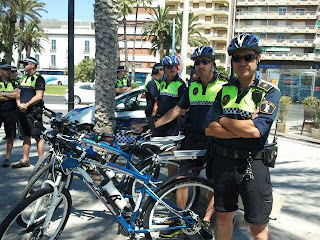 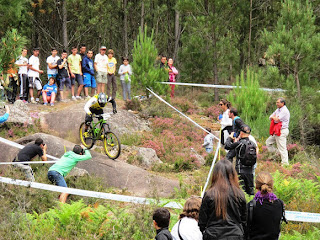 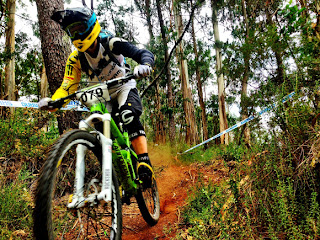 Con la tecnología de Traductor de Google
This 2nd edition of the national enduro in Spain named "Big Ride" has taken place in Tui last week-end. Last year Jérôme had already taken part of 2 Big Ride races (Cercedilla and Tui) and thanks to the invitation of the organizer, Guti Martin, we would like to go back to Spain.

This edition was much harder than last year, because we have 5 stages instead of 4 and around 42km pedaling with more than 1800 meters elevation. The trails were super fun and created by the team of Guti, and we were very happy to enjoy this quality of race. International riders also attended the race : Ben Cruz (US), José Borges (Portugal), and Aidan Bishop (UK) and Antonio Perez (Spain). The level was high and Jerome has to push hard to stay in front.

"I don't make mistakes and I have good legs : it was a good training for the next World Series in Val d'Allos in 2 weeks" said Jérome. He took the win with 28 secondes advanced in front of José Borges who was strong and Ben Cruz finished the podium. "It was a hard day, but I am very happy to finish and enjoy an after-race with all the riders watching together the World Cup DH in Val di Sole in live ! Nice week-end!"


Please use the pictures attached with the copyright: ©Brahbrah Sztyk