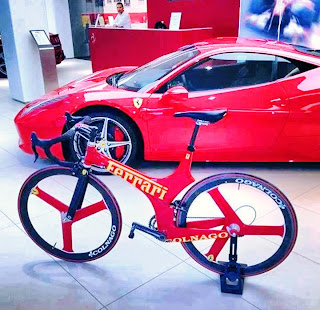 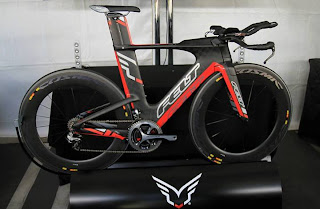 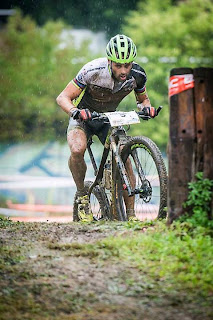 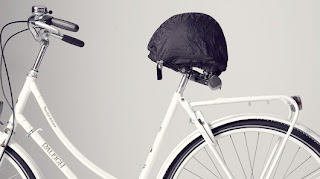 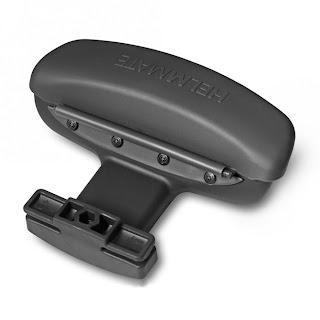 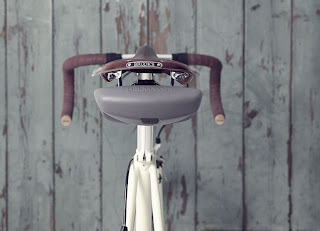 HelmMate secures your bike helmet and keeps your saddle dry

A new product known as the HelmMate is designed to take care of a couple of common bicycle commuters’ complaints – even if they’re relatively small ones. It lets cyclists stow their helmet on their parked bike instead of having to carry it around, plus it keeps the saddle from getting rained on.

Park your bike and open that case up, however, and a water-repellant nylon cover can be pulled out from inside. That cover remains attached to the case at one end, while its far end is pulled forward over the nose of the saddle – an adjustable elastic drawstring allows the cover’s edges to be snugged in beneath the saddle.

The HelmMate in use
From there, you just undo the zipper that runs around the circumference of the cover, stick your helmet inside the upper storage area (so it’s sitting on the saddle), then zip it back up. A small combination padlock is included, which is used both to lock the HelmMate to the rails, and to lock the two zipper tabs together. For added security, users can also leave a bit of their helmet strap protruding, and run the lock through it too.

The product’s Danish designers point out that the cover is not 100 percent watertight, in order to allow its sweated-up contents to breathe a little. This means that it won’t keep the saddle bone dry in the event of an absolute downpour, but it should also keep the inside of the cover from smelling like a gym locker.

The HelmMate is priced at €39 (US$52) plus shipping, with a smaller version for children’s bikes going for €34. A demo video (which is in Danish) can be seen below – the demo itself starts about 30 seconds in.