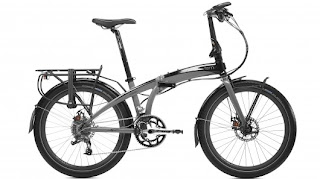 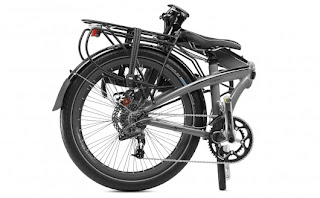 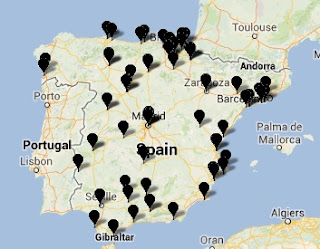 
Folding bicycles can be a convenient option for those with limited storage space or whose trips partially involve another form of transport. Of course, a folding bike frame usually comes with some performance compromises but Taiwanese folding bike manufacturer Tern has a new bike that it believes can "redefine the folding bicycle category" with no compromise to performance. The Eclipse S18 also offers a number of integrated technologies, including a self-powered lighting system and seat post pump.

The BioLogic PostPump 2.0 serves as the S18's seat postThe integrated Valo 2 lighting system offers up to 150 lumensThe PostPump 2.0 pulls out and works as a floor pumpThe S18 folds small for easy transportView all
"When you say the word ‘folding bike’ most people think of small wheels, flexy handling, poor riding geometry, and lots of compromises – especially for taller people," explains Eric Lin, Tern senior product manager. "With the Eclipse S18 we set out to design a bike for the hardest-of-the-hard urban riders – the kind of people who ride through rain or snow, who have seriously under-funded local road repairs, or who haul their recycling by bike."

The S18, the newest member of Tern's Eclipse family of folding bicycles, addresses performance concerns with a hydroformed frame that the company says delivers a rigid ride that can support even larger, taller riders. With a series of folds, it breaks down into a small, portable package for carrying in a car, storing on a train or packing away in a small apartment.

The S18 folds small for easy transport
While the S18's performance claims will have to be verified by actual cyclists, the bike does offer a few technologies that seem sure to be helpful. To prevent the rider from getting stranded by a flat tire, the S18 comes complete with a BioLogic PostPump 2.0, which packs a bicycle pump into the seat post.

You're pretty unlikely to venture out on a bike ride without your seat, so you're pretty unlikely to forget the PostPump. It works just like other full-size floor pumps, only it uses the saddle in place of the typical T-handle. The Red Dot-awarded pump, built for Tern, should work much faster than small, portable pumps and is compatible with both Schrader and Presta valves.

Another piece of technology integrated into the Eclipse S18 is the Valo 2 lighting system developed with the help of Finnish lighting company Herrmans. The 41-lux, 150-lumen front light is integrated directly into the tool-free adjustable stem to help ward off theft. Tern says that it casts a diffuse, even beam and is positioned in such a way as to maximize visibility. The Valo 2 system is powered by the 2012 Eurobike Award-winning BioLogic Joule 3 hub dynamo, which both Tern and BioLogic claim is one of the lightest and most efficient dynamo hubs on the market.

The Eclipse S18 appears to be a solid option for urban cyclists that ride hard, sometimes into the night, but prefer the flexibility of a bike that folds down to a compact size. The bike, which rides on 20-inch Schwalbe Big Apple tires, will ship in the fourth quarter of this year for US$2,100.