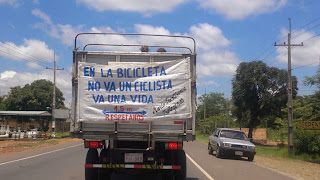 In the last 10 years, 7,000 cyclists have lost their lives in motorist accidents. Our goal is to decrease this number. Share this video to help save a life. 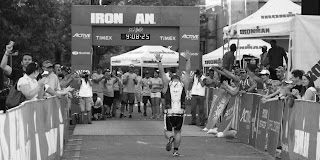 Written by UltraSpire on September 4, 2013
Braydon_bw

With a truly heavy heart we say goodbye to a truly beautiful spirit Braydon Nielsen. Braydon was a friend to everyone he met. Just look at the photo above. Those are his friends cheering for him, the same way he would cheer for all of us. Braydon taught everyone in his life to booyah!! Braydon’s definition of Booyah was Never quit and do it with a smile cause this is fun!

Tuesday September 3rd Braydon was taken to soon from this world. A group of local athletes were out on a group ride along the local highway that is not usually heavy with traffic and has a wide shoulder to ride on. At 7:45 he was struck by a car. Life flight was called to the scene. The frantic posts, phone calls and texts were flying through the night as we reached out to each other trying to get the news. That moment hit each of us life a punch to the gut, there are no words to describe those moments. Soon an amazing beautiful thing happened his group of friends came down to the hospital and gathered with the ones who were there with him for his family and each other, those who couldn’t, gathered for each other online on the phone or in person. Soon we all changed our profile pictures to photos of Braydon, we all said our goodbyes with photos and memories, we texted and called each other.

Braydon was a member of the Southern Utah Triathlon Club he was the first person to be the one encouraging you that you can do it just keep going. Personally I think he always came in last so he could have us all cheering for him at the end. That was always a moment. Everyone cheering, yelling for him as he crossed the line.

Braydon never gave up! The photo above was his moment! A few weeks before this photo was taken he was unable to finish Ironman St. George 70.3 due to bike issues he wasn’t able to make the cut off on the run course. Instead of complaining he signed up for Boise 70.3 just 4 weeks later. He crossed that line with his friends and training partners waiting for him at the finish.

Braydon was a father of 4 beautiful kids and a husband to an amazing wife who was his cheerleader in life. He was an ICU charge nurse and a life flight nurse at Dixie Regional Medical Center, the same hospital he was flown to. He had the same spirit he carried in the racing world as he did at work. Booyah! I am not sure you could find a friend of Braydon he had not said this too to cheer on for any hard moment they were about to face.
braydon_living-it-up
Thank you for sharing your life with us, we love you and miss you friend. May we never forget to truly live life with a BOOYAH!