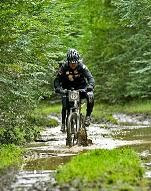 The ninth edition of the ‘adventure at the end of the world’ will take place in February 2011, with plans to run the route through a spectacular region of Chilean Patagonia that has yet to be visited by this wild and remote race.

After a successful 2010 competition, in which Helly Hansen-Prunesco became the first team to retain the title on the southernmost course in history, the 2011 race will move north to the area around the Southern Continental Ice Field and will again consist of a testing combination of kayaking, mountain biking, trekking and ropework.

“Chilean Patagonia is rewarding, but you have to earn it,” said race organizer Stjepan Pavicic. “When planning the course for the race each year we always make sure it is a good mix of virgin terrain and stunning views and I guarantee that 2011 will be no different – it will once again show competitors just how spectacular the scenery in this region of the world can be, but for sure it will test them to their limits.”

The event is gaining a reputation as both the toughest and wildest race in the world, having run editions through the diverse region of Chilean Patagonia, including Tierra del Fuego, the Darwin Range, Torres del Paine, Straits of Magellan and the Beagle Channel. The challenge, the isolation, the unpredictable weather, and the unexplored landscapes all add to the mix – and the glory of finishing, and finishing first, is what everyone strives for.

Above its adventure credentials, the event also carries an environmental message with the primary mission to raise awareness of conserving the very landscape it crosses – the remote wilderness of Chilean Patagonia. All funds raised beyond the operating budget of the event are directed to conservation projects in the region.

Thanks to the continued support of Wenger, maker of the genuine Swiss Army knife and precision outdoor equipment, and other sponsors, up to 60 international athletes will have the opportunity to take on the most rugged and diverse challenge known to expedition racing.

“This race continues to help promote the region of Chilean Patagonia and raise awareness of the environmental issues it continues to face,” said Pavicic. “Next year the race will continue to promote that message and we look forward to welcoming another impressive field of international competitors here againhttp://www.blogger.com/img/blank.gif. I think we will see even stronger competition in 2011 – and the course will livhttp://www.blogger.com/img/blank.gife up to that promise.”