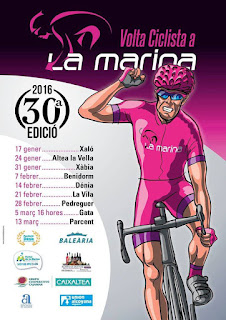 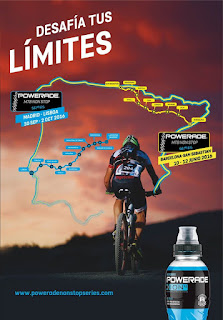 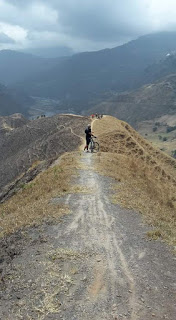 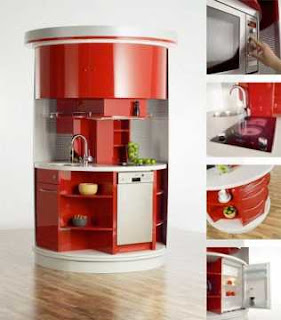 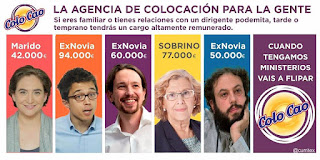 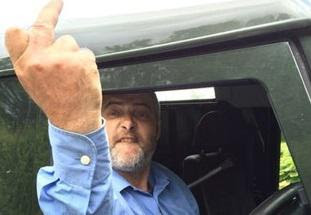 Devon driver who allegedly knocked cyclist off the road

Councillor James Atkinson, who ran the four riders off the road before flipping them the middle finger, was fined £140 and given eight penalty license points.A Devon parish councillor, who forced cyclists into a hedge before flipping them the middle finger, has been fined £140 and issued with eight penalty points on his license.

Two cyclists were injured in the incident last July, in which Bridford parish councillor James Atkinson tried to overtake the group on a blind bend in his Land Rover, before veering into the group of four to avoid an oncoming car.The incident, which took place in the Teign Valley in Devon, apparently left one rider upside down hanging from a tree, and another impaled on a fence. Atkinson, whose reaction after the incident was caught on helmet camera, admitted careless driving to Exeter Crown Court.

According to the Exeter Express and Echo (http://www.exeterexpressandecho.co.uk/Devon-parish-councillor-s-gesture-lands-court/story-28732658-detail/story.html), Prosecutor Lyndsey Baker said the four cyclists were riding single file at 25mph when Atkinson roared up behind them and tried to overtake them on a blind bend.Atkinson then veered into the cyclists to avoid an oncoming car, which was travelling at 20mph, forcing them into the hedge, and “a jumble on the floor”.

It is reported Atkinson showed no remorse, and he tried to blame the cyclists for riding four abreast and forcing him to the opposite side of the road.Cyclist and hair salon boss, Rob Pierce, who shot Atkinson’s reaction after the incident on his helmet camera, calls the punishment a “slap on the wrist” and says one of the riders hasn’t been able to cycle since.

Mr Peirce, 48, told the Express and Echo: "We were riding single file along that road which is one of the few flat roads we can use. We ride 200 miles a week and we are experienced riders."One of the injured riders was a stranger who suffered a head injury. An ambulance was called for him.

"My friend Jason Acreman was also hurt. He hasn't been cycling since because of the emotional effect it has had on him."Atkinson's driving was the most aggressive extreme driving we have ever encountered."In my opinion he is going to kill or seriously injure someone. His attitude was outrageous.

"I am not surprised he has received a slap on the wrist. But he should have been banned – you get a stiffer penalty if you break the speed limit on the motorway than nearly killing two people on their bikes."Mr Acreman, who suffered back, hip and shoulder injuries in the collision, said: "I heard this beeping from a car and then heard screeching and skidding."I was riding by a hedge and had nowhere to go and was left upside down and hanging out of a tree. I was quite lucky really."

Mr Peirce said: "We tried to speak to the driver about what had happened and he gave me his middle finger. I was giving him a piece of my mind that he could have killed people – women and children use this road – and he looked me in the eye and kept swearing at me. A lady driving the other way stopped and confronted him. She rang the police.

"We were cycling back from Tiverton along the Teign Valley. It was a nice sunny day. Atkinson began hooting along the straight road, it was not the twisty bit."He was aggressively revving his engine and beeping his horn and overtook us on a blind corner and took two of the cyclists out. James is a keen cyclist but has not been out since which is a real shame. One of them was impaled on a hedge fence and the other was left lying in a gutter. The driver did not show a jot of concern."The lady driver went ballistic at him but he sat in his Land Rover with a smug look on his face. It was unbelievable – and then he drove off."

According to Teignbridge Council’s website (https://www.teignbridge.gov.uk/article/16699/Bridford-Parish-Council) it appears Atkinson is still a Parish Councillor.
- See more at: http://road.cc/content/news/178953-middle-finger-councillor-who-ran-cyclists-road-fined#sthash.PLnH7iY2.dpuf