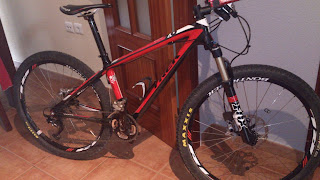 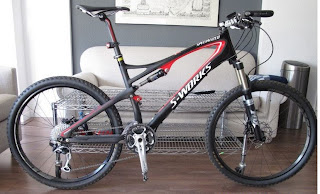 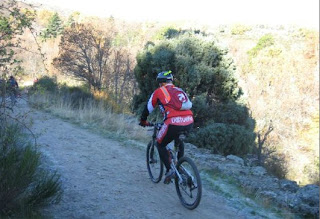 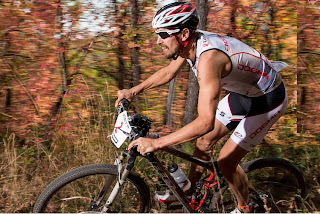 Middaugh was the overall winner, breaking a string of frustratingly-close performances in this event. Paterson took the women’s title after back-to-back runner-up showings in 2010 and 2011.

Middaugh, 34, has been the top-ranked American male in the XTERRA Series for seven of the past eight years, but until today, had never placed higher than third at the USA Championship. He finished with a winning time of 2:26:34.

“Finally,” said Middaugh, who resides in Eagle-Vail, Colorado. “More relief than anything. This is a really special win for me to pull this off for the first time.”

He did it in impressive fashion, finishing nearly two minutes ahead of runner-up Ben Allen of Australia. Middaugh’s lead was large enough for him to grab his two children in his arms just before he crossed the finish line. “It was just a special day for me,” he said. “I felt good, my training has been good for the last three months and it showed today.”

Middaugh is regarded as one of the fastest runners on the XTERRA circuit, so when he took the lead midway through the bike course, it was a matter of him staying upright the rest of the way.

“I caught the leaders early, about mile 6 or 7,” he said. “That first downhill Conrad (Stoltz) got back ahead of me, and it wasn’t until about mile 9 that I passed him again for the second time. But I was so tentative on the downhill, I was just so worried about flatting, or having something ruining a good performance. I knew my fitness was good, I just had to be careful everywhere. I was a little bit too nervous, but it worked out.”

Allen placed second in 2:28:46 for his best showing at the USA Championship. He was the first out of the swim, and stayed with the lead pack throughout the bike.

“On the bike, I just tried to stay in a nice rhythm,” Allen said. “Last year, that’s sort of where I lost it, so I was really determined to bounce back from last year and have a strong ride.”

Despite a crash on one of the downhills, Allen still managed to enter the run in third place, behind Middaugh and Stoltz.

“I caught Conrad (on the run) and I was trying to catch Josiah, but he was too strong today,” Allen said.

“I felt more of the altitude, I don’t know why,” Lebrun said. “I was not feeling really good (on the bike) and then on the run I felt better again.”

Stoltz finished fourth (2:30:47), which was enough to edge Middaugh for the U.S. Series title. If Stoltz had placed fifth, Middaugh would have won the series.

“I’ve been racing XTERRA for 12 years now, so being able to win 10 series titles means a lot to me. It’s been an amazing journey.”

Middaugh entered the race with a full beard on his face – part of his strategy a few months ago to stop shaving until he won a race (he shaved immediately after the race). It prompted Stoltz to say: “All I can say is I think I’m going to grow a beard for Maui.”

The XTERRA World Championship will take place at Kapalua, Maui, next month.

“It was awesome,” said Paterson, 31. “I did a lot of prep for this – came out 10 days early. It’s the first time in an XTERRA race that I went into the lead on the bike and held it. So I went into the run actually in the lead, which is very unusual for me, so I think my bike is finally coming together.”

Paterson had finished second at the USA Championship in 2011 and 2010, and third in 2009. She is considered the fastest female runner in XTERRA races, so it was all but over when she completed the bike course with the lead.

Paterson said she passed Melanie McQuaid for the lead on one of the steep bike climbs and and stayed in front the rest of the way. She then started the run with a cautious confidence.

“You’re always a bit nervous,” Paterson said. “Even though I’m a runner and I’ve got that pedigree, you still think ‘oh my gosh, did I push it too hard on the bike.’ ”

It was also a breakthrough performance for Snyder, who had previously won an age-group amateur title at the USA Championship, but had never finished higher than ninth as a professional in this event. She came two weeks early and stayed with a local family to help acclimate for the race.

“It was definitely the best race of my life,” Snyder said. “Everything was cramping and it hurt worse than any race I’ve ever had, but I’m so happy, I don’t care.”

Snyder completed the bike in third place, but passed McQuaid for second early in the run.

Danelle Kabush from Canada had a strong run and finished third in 2:52:56. She also placed third last year.

“I’m definitely satisfied,” she said. “Second would have been better, but I’ll take third. This was a good test of fitness.”