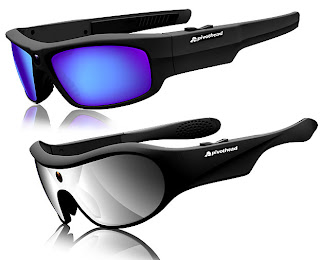 Strapping a video camera to your helmet to record your run while you bomb down the mountain is so 2011. With Pivothead video recording sunglasses, you can capture the footage you want, without looking like a cyborg.

Embedded in the bridge of the frame is a full 1080p high-definition video camera, an 8MP still camera with up to 16-shot rapid burst capability, and loads of other quality enhancing technology like Auto Scene Adjustment, Sony CMOS Image Sensor to ensure crispness in your images, and wind-resistant audio recording.

READ MORE: Ready, Aim, Write: Bolt Action Tactical Pen Doubles as Orc-Stabber The lightweight, impact resistant frames allow you to snap away at sporting events, concerts, or while engaging in extreme activities, without having to use to your hands to hold a camera.

Pivothead doesn’t require an engineering degree to use either: just push the toggle switch forward to start recording or push the toggle back to snap a photo. There are a variety of preprogrammed settings such as Indoor, Action, Social, Black & White and more to make using Pivothead a snap (excuse the pun), but you can also program it manually, if you’ve got more advanced videography skills.

It’s got an internal memory of 8 GB, and you can share your pics and videos using the Pivothead smartphone app, or simply plug the glasses into your computer via the USB port or use the optional Air Pivothead WiFi drive.

And because the idea is to look good while you’re shooting, Pivothead offers 4 models and 16 styles, with Polarized, Revo and Photochromic lenses. So you can look as good behind the camera as you would in front of it. 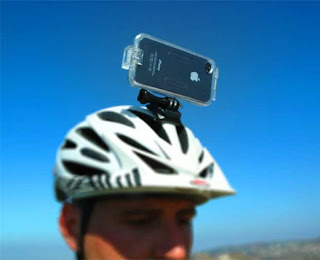 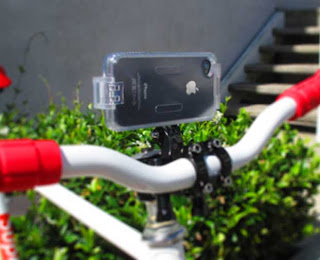 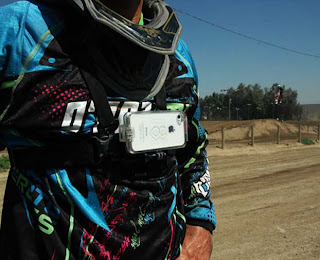 It would appear that the iPhone would be a great adventure companion. It’s small, always in your pocket and has a fantastic camera. But it’s also so darn fragile.

A Kickstarter project has developed an ultra-durable iPhone case that can be used on any GoPro mount, allowing you to capture amazing footage on your adventures. Just attach it to your helmet, bike, car, body, pet or anything else that moves.

While it seems the Action Case can ride through most adventures with you, note that it’s not impervious to water, TechCrunch warned.

Friendly warning: the Action Case isn’t waterproof, so while you can definitely mount your iPhone on your surfboard, you’re almost certainly going to regret it. Also, the touchscreen is left uncovered (for obvious reasons), so don’t go thinking your phone is suddenly Superman.

Backers who pledge $49 or more will receive the first iPhone 4 Action Case. For those who pledge at least $89, they get the Action case along with the GoPro Chest Harness . Funding will go toward the cost of tooling and manufacturing. The hope is to create the highest quality polypropylene plastic with stainless steel pins for the final product.

While this seems like a fun way to chronicle adventures, maybe someone should’ve told the people at Action Cases that the iPhone 4 is about to be passé any day now with the the iPhone 5‘s pending arrival.