kilian ,summits of my life 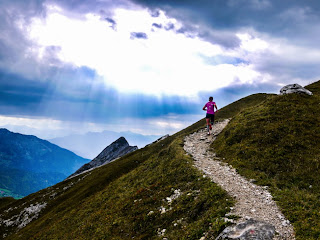 Trailer de summits of my life

So tonight I finally got to watch the movie I have been impatiently waiting for: (*drum roll*) A Fine Line (Stage 1 of the Summits of My Life series) by Kilian Jornet (directed by Seb Montaz).

I needed it. After this week and all those poor children in CT....I could not take anymore "reality". I am sure many will agree that it has been just too emotional to bear at times....I needed a little escape and I was sure this was the way to do it.

Now, while I am sure most of you just give the ol' "wtf?" when I mention it on here, some actually know what the Summits of My Life is and are just as excited about this as I am. For those who don't here is the quick simple recap:

4. Total simplistic view on happiness and finding it in life.

5. A 4 year journey/project to accomplish personal goals he has when it comes to some of the best and most beautiful mountains in the world.

6. A constant reminder that you can set your Slackline kit up anywhere and should have it in your car at all times.

So, the movie lasted just under an hour. It was in more of a documentary form and included subtitles in English since I believe the original language was either Spanish or Catalan. While I will admit that I am not a fan of subtitles, I appreciated them in this case since you could read the words and still get the emotion in Jornet's voice. Sadly, it was dedicated to Stephane Brosse, one of the greats in the ski community, who was killed while trying to help Jornet reach one of his "summits." It was a touching tribute. It also featured some incredible aerial shots and did a wonderful job of capturing Jornet's natural talent when it comes to both ski mountaineering and trail running and why he does it. For me it fell a little short in capturing Jornet's personality, but he seems on camera to be quite introverted, so that is not surprising. I will say that it had some great interviews with family and friends, and it really makes one admire how and why they live their lives like they do.

Well, when it ended I really didn't know what I thought of it. I literally sat there looking at the credits and did not have any real emotional response besides sadness, since I can relate to the raw emotion that comes from losing a friend to death and wondering if you could have done anything more to prevent it. What bothered me was that I did not have a stronger reaction. I mean...I had followed the whole project on social media and I am pretty sure I am his #1 fan in the US and the only one in Kentucky.

I thought about it for a few more minutes and then did the only logical thing: I went running. What I failed to notice before I did this was the massive thunderstorm heading my way. I mean..really..thunder and lightening on December 17th? Only in Kentucky. Anyway, so as I got to running I got lost in my thoughts and music. Before I knew it lightening was everywhere and I was forced to head for home in record time. However, as I was sprinting down the hill I noticed my environment and realized why I had the view of the movie as I did...

I live in Kentucky. I run on the trails. We have mountains around here, but they are more for trail running and recreational skiing. I am 31 but pretty sure that I will never have the opportunity to reach the base of Mont Blanc, let alone the summit. I will never have the opportunity to run across the tops...or stop and literally see the world at my feet. Now some may say, "yes, you can...you can do whatever you want!"And I am usually like that....but common....Mont Blanc? There are times when one has to be realistic, as sad as it is. I can only imagine the body's emotional response to being up that high for the first time. Does one cry at its beauty? Cheer at the victory of making it? Look down and get sick? Would my brain even be able to comprehend something like that? Would I even have the love of it? I would like to think I would....but then again....lets just wait for the group ski trip in Feb and see how my skiing adventures go.

Perhaps if the movie had been all trail running I would be on my 5th viewing tonight...but then there would be no movie because that is not what the project is based on. I got to thinking that perhaps that is why I am like the only person following him who has no mountain in their backyard to play on. That whole area (Europe) takes mountain life to a whole different level, a level perhaps I cannot comprehend as I was not born and raised there.

That is also why he is not an idol or "crack" to me like he is to so many of his fans. He is an incredible runner. I totally respect his view on nature and the way of the universe, and I agree with most of it. But I cannot go into a mountain and get lost every morning skiing before breakfast. I am a mere fan. I have no desire "to be just like him" because to do so would be doing something I cannot see myself ever getting to do (plus, I am just too strong of a personality..I copy no one...others copy me...right? ). I am inspired by him...his talent...his love for the trails in the summer....but even he said in the movie that he had accomplished most of what he wanted to in that sport, so chances of seeing him run are probably pretty slim at this point. He seems like a great guy, good looking, very humble, painfully shy, and respectful...like many friends we all have. Social media and his sponsors have done a great job of getting that across to his fans and to see this movie come to life is just awesome. I guess now that I think about it, I feel better about the movie since I have identified what it is that had me staring blankly at the end. It is a dream to someone like me. I am not a big movie person and I can't watch it before my training and go "take on the world". I could not immediately relate since we have no opportunities like that here.

It really was a great movie though. A humble and quiet group of people those mountaineers are. Not like a NY transplant in KY!!! If I ever got to go on one of those adventures I would probably be gagged before we hit the base of the mountain so that others could enjoy the silence....I would scare the hell out of them just on the drive there :)

In conclusion, if you want to download the movie, it is really easy to do. It took me a total of like 10 minutes to download. Like I mentioned before, the aerial shots are breath taking and the camera work is second to none. It will also give you a little insight into a group of people we here in the US rarely hear about. You may not agree with the amount of risk they take, but it is their philosophy and reasons for doing it that really makes you sit back and think "huh....there is more to life then this...". Oh...and the music is amazing...that needs to come out on ITunes so that I too can run to it.

I would love to hear if anyone actually does download it. I can discuss as I will watch it many more times....dreaming of running and probably rolling the whole way down Mont Blanc :) Snow is soft right?! At the rate things are going, I don't know if KY will see any this year....I may forget.

Here is the link again, the page has changed since the movie is now available:

Proyecto Summits of my Life