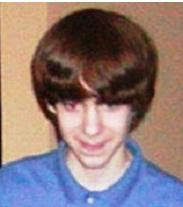 Connecticut gunman sought to kill as many children as possible

(CBS News) NEWTOWN, Conn. - Police say it's clear that the gunman who opened fire at Sandy Hook Elementary School Friday was on a mission to kill as many people as possible. He took at least three guns and multiple clips of ammunition to target a defenseless elementary school and children as young as five.

Police say 20-year-old Adam Lanza was armed for a mass murder when he attacked a target he knew very well.

Obama: "We have been through this too many times"

Lanza, whose mother was a teacher at Sandy Hill Elementary arrived in the school parking lot driving his mother's Black Honda.

He was carrying two lethal semi-automatic handguns: a Sig Sauer, the type of gun carried by Secret Service agents, and a Glock 9mm, a model used by many police officers and federal agents across the United States.

Officials say Lanza headed directly for a specific section of the school and opened fired, killing students in two classrooms. It is not known how many rounds he fired, but both guns are capable of carrying high-capacity extended clips, which can hold up to 30 rounds.

"We'll be here through the night, certainly through the weekend. We are not even putting a time stamp on when we will complete this project," Vance said.

Lanza died of a self-inflicted gunshot inside the school. But investigators suspect he may have intended to carry out a broader attack.

A third gun, a .223 assault rifle, was found outside the school in the back of his mother's car. It's similar to the type of gun used in the shooting on Tuesday at a mall outside of Portland, Oregon. CBS Correspondent John Miller reports said the guns were registered under her name.

Lanza's older brother, Ryan, is still being questioned by police who want to know what he might have known about the attack.

Ryan Lanza, the older brother of suspected Connecticut elementary school shooter Adam Lanza, was taken into police custody in Hoboken, N.J., Friday. He is being questioned, but has not been named a suspect.

Sources say at this point he is not a suspect.

Investigators say they now believe the killing spree began at the home Lanza shared with his mother, who was a kindergarten teacher at the school.

CBS correspondent John Miller reports that Adam had the bigger personality of the two brothers. Ryan, 24, was the quiet one, went to business school and lived in New Jersey. Investigators believe that this shooting was the result of a conflict between he and his mother that was developing for a long time -- killing her and then killing what she loved most -- her students.

To: Community of Newtown, Connecticut, including the families of the victims and the survivors and their families.

We wish to express our deepest sympathies to all of the families of those lost, to the survivors and their families, and to the others impacted by the senseless and unthinkable tragedy that unfolded at Sandy Hook Elementary School. We cannot begin to comprehend the depth of your sadness and grief. Please know that we care deeply for you and we join with you in sharing your sorrow and pain. We only hope that you receive some measure of comfort in the knowledge that we, and an entire nation, stand with you during this extraordinarily difficult time.

Our thoughts and prayers are with you.