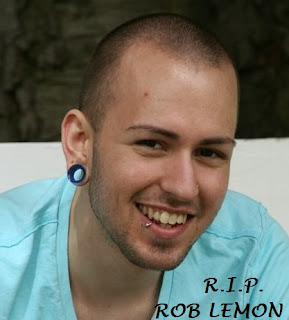 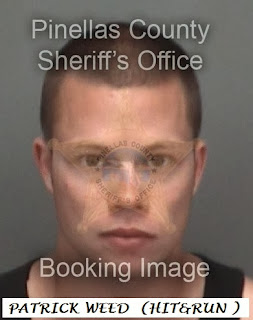 Arrest made in fatal tandem-bicycle crash in Clearwater

The collision on Memorial Causeway shattered the tandem bicycle. The couple riding it were found 50 feet apart.Clearwater Police Chief Anthony Holloway, left, with Officer Kevin Klein, center, and Sgt. Michael Walek, announce Tuesday’s arrest of Christopher Patrick Weed, 29, of Clearwater, suspected of driving the vehicle that struck the bike.Patrick Weed, 29, was charged with leaving the scene of a crash with death and with injury. He told police he blacked out on the way home from his job at Shephard’s Beach Resort early Monday morning.Eastbound traffic on Memorial Causeway in Clearwater passes a sign asking for information on a hit-and-run crash early Monday morning that killed a couple on a tandem bike.Patrick Lemon of Lansing, Mich., talks about his son, Rob Lemon, who was fatally struck while riding a tandem bicycle with his girlfriend.Bicycling enthusiast Rob Lemon, 25, who died of his injuries, moved to the bay area in the fall to be near Michalak, his girlfriend. Hilary Michalak, 27, moved to the Tampa Bay area from Michigan. She was in a coma Tuesday.

CLEARWATER — Rob Lemon was an avid bicyclist who knew the perils of Tampa Bay roads. So he took precautions.

He wore a helmet. He and his girlfriend, Hilary Michalak, rode their tandem bike a lot on trails to avoid dangerous traffic. And as a final safety net, he wore an anklet engraved with his father's name and phone number — just in case he was ever hit and knocked unconscious.

Early Monday, Lemon and Michalak were riding their bike on the Memorial Causeway in Clearwater when a vehicle struck them. The impact splintered the bike into pieces and tossed the couple 50 feet apart.The vehicle kept going.

Though both were wearing helmets, Lemon, 25, later died at St. Joseph's Hospital in Tampa and Michalak, 27, was in a coma Tuesday, family members said.On Tuesday night, police announced they had arrested the hit-and-run driver.Police said Christopher Patrick Weed, 29, of Clearwater, came forward Tuesday morning to say his green Nissan pickup may have been involved in the crash.

Police said Weed told officers that he had left his job at Shephard's Beach Resort on Monday morning. He said he blacked out on the way home and didn't remember hitting anyone, but decided to approach police after later seeing a report of the crash on the news.When police went to inspect his pickup, they found the windshield missing and damage to the front and the top of the truck.
Weed had no explanation for the missing windshield, police said.

Police arrested Weed on two felony charges of leaving the scene of a crash — one charge for the death, the other for the injury to Michalak.At Bayfront Health St. Petersburg, where Michalak was in critical condition Tuesday, her family and Lemon's family gathered and hoped she pulled through."She just needs prayers," said her father, Edmund Michalak. "It's too early to say."

Lemon and Michalak met while both worked as counselors at a Lutheran summer camp in college. Lemon was majoring in animal science at Michigan State University, and Michalak was studying art history at DePaul University in Chicago.Lemon was always a rider of horses, not bicycles, said his father, Pat Lemon. He started riding at 6 years old and was the grand champion of Western horseback riding several years in a row at the Barry County Fair.

When Rob Lemon was a senior in college, he bought a mountain bike to commute from classes to his off-campus apartment. Suddenly, he became an enthusiast, his father said.He dreamed of owning a bike shop and pedaled nearly 100 miles to Mount Pleasant, Mich., three times a week to visit Michalak.Michalak moved last summer to Largo — she hated the cold, said her family — and Lemon followed her in the fall. She was working as a youth director at Lutheran Church of the Good Shepherd in Seminole. He got a job as a manager at the Ride-N-Roll Cyclery in Largo.Lemon and Michalak knew about Tampa Bay's reputation as a dangerous place for bicyclists and they largely stuck to trails.

Florida has for years been near the top in the nation when it comes to bicycling fatalities and injuries. According to the National Highway Traffic Safety Administration, Florida had 125 bicycle fatalities in 2011 — the most of any state. Tampa Bay roads often are ranked as some of the most dangerous in the state.

"He always said he was wearing a helmet,'' Pat Lemon said. "We'd read so much about kids getting hit.''

No one knows why the couple eschewed the trails Monday and rode on the Memorial Causeway.About 6:15 a.m., a passing motorist found the couple, both unconscious, on the grassy shoulder.Neither Lemon nor Michalak was carrying identification when hit, but officers were able to identify Lemon by his anklet."He wore it,'' said his father, "because he'd heard of so many horrific crashes."

Pat Lemon and his ex-wife, Susan Houseman, Rob's mother, waited at St. Joseph's through Tuesday while Rob's organs were donated. Then Lemon, Houseman and their new spouses joined Michalak's family at Bayfront. Everyone was in Tampa from Michigan.

"He loved life. He's almost larger than life," said Pat."He had a great sense of humor, a wit," said Susan."I was always worried because I knew he was out riding his bike all the time," said Pat. "He told me, 'Dad, don't worry. I wear a helmet. I stay in the lane.' "