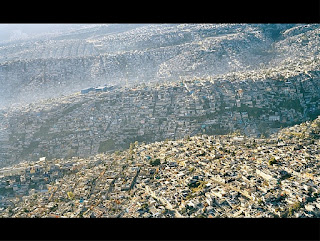 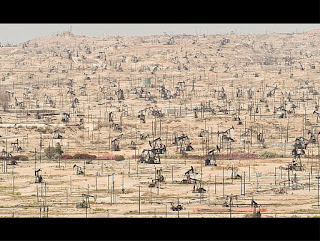 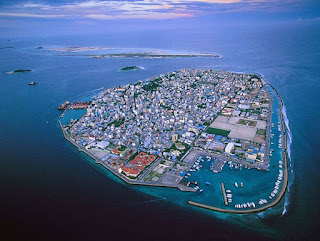 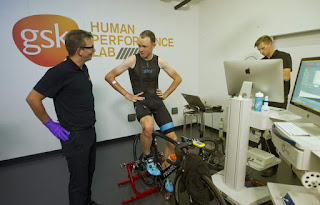 His VO2 max: his body’s rate of oxygen uptake.

This is the score that Froome knows will make the headlines. But what does it actually mean? Bell explains: “For the general population, VO2 max is somewhere around 35 to 40. For the general gym-goer, it can be in the high 40s. An active team sports player, 50s. Once you hit high 50s to 60s, that’s when you’re getting to the more highly trained individual. You’d expect Tour de France cyclists to be in the high 70s and above.”

It is determined by genetics and by training (up to a point: if your VO2 is 40, you will not increase it to 80). Losing weight will increase VO2, since body weight is part of the calculation. It can be boosted by doping, especially blood doping (EPO hormones or blood transfusions increase the red blood cell count; red blood cells transport oxygen). But another important consideration is that VO2 is not the sole determinant of performance, otherwise the Tour could be decided in a laboratory rather than with a 2,000-mile road race. Froome’s V02 is 84.6. At his Tour de France weight, it would correlate to 88.2. A few athletes have been measured in the 90s (the highest recorded by a cyclist is believed to be by the three-time Tour winner Greg LeMond, with 92.5) but, says Bell, “Froome’s values are close to what we believe are the upper limits for VO2 peak in humans.”

The submaximal tests — where Froome rides for 40 minutes on the trainer with blood samples taken at regular intervals to measure the lactate concentration, which indicates his state of fatigue —“These tests give us an idea of what intensity Chris would be able to sustain for 20–40 minutes,” Swart says, “which is roughly the length of a Tour climb.”

This is critical because observers such as Ross Tucker, a South African sports scientist, have claimed that sustained power over 90 per cent of V02 would put any rider in the suspicious category. As for the figures in watts, Vayer uses a traffic light system: sustained output of 410 watts is “green” (suspicious); 430 is “amber” (miraculous); 450 watts is “red” (mutant).

Froome’s peak power is 525 watts and his sustained power, which he should be able to maintain for 20–40 minutes, is 419 watts. The figure corresponds to 5.98 watts-per-kilogram; at his Tour weight of 67kg, it would be 6.25w/kg. Using Vayer’s model, that puts him firmly in the suspicious category. Swart disagrees: “I’ve seen a value of 5.8w/kg being spoken of as the upper limit of human performance for a 40-minute effort. But 6.2w/kg is definitely doable for Chris for 20 minutes if not longer.

“Chris’s peak power is 525 watts, which corresponds to 7.51w/kg: a massive figure,” Swart continues. “But the interesting thing is that the [sustained] figure of 6w/kg — which is basically what he produced in the lab — is 79.8 per cent of his peak power. That’s a completely reasonable percentage.”

the Athlete Biological Passport (ABP), which enables anti-doping authorities to compile a long-term profile of the athlete. Blood samples are not examined for drugs, but to spot the effects of drugs that stimulate red blood cell formation or for evidence of blood manipulation, such as withdrawal or transfusion. Scientists look at the percentage of immature red blood cells (reticulocytes), the haemoglobin concentration and the OFF-score, which indicates the balance between the haemoglobin concentration and the percentage of reticulocytes (a measure of the rate of red blood cell formation). Normal levels for each individual are established by the ABP software as more samples are gradually added to the athlete’s profile over time.

On 13 July, Froome’s haemoglobin was 15.3 grams per litre (g/l) and 0.72 per cent of his red blood cells were immature (the normal adult range is 0.5–2.5 per cent). EPO stimulates the bone marrow, flooding the blood with immature cells, whereas a blood transfusion results in an excess of red blood cells, which suppresses the bone marrow and results in fewer immature red cells. His OFF-score, which approximates to the balance between the amount of red cells in his circulation and the rate of their formation, was 102.1. On 20 August, Froome’s haemoglobin was 15.3 and he had 0.96 per cent immature red blood cells. His OFF-score was 94.21.