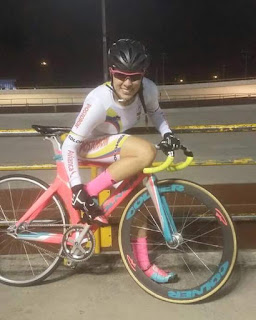 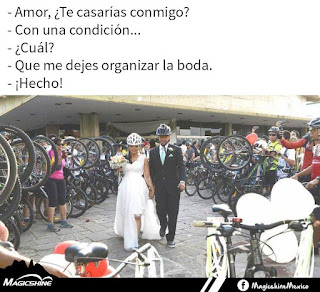 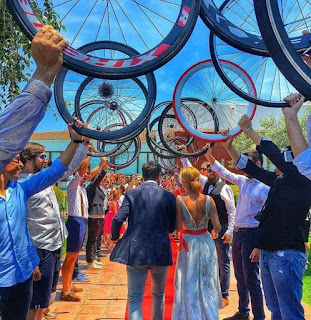 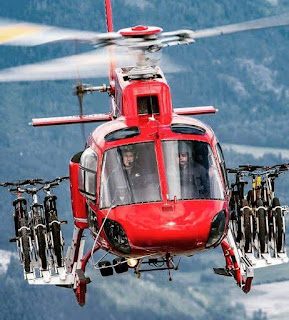 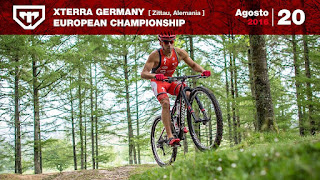 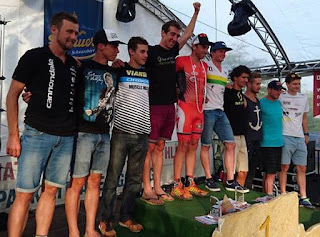 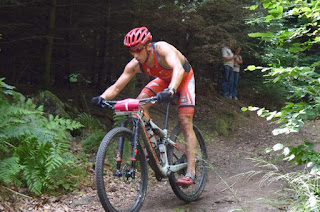 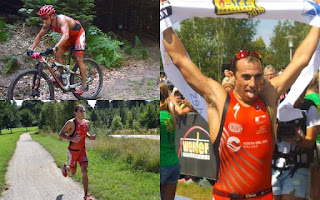 It’s the fourth win in a row for Ruzafa on the Euro Tour this year and the second straight for Flipo.

The weatherman was almost wrong. Instead of a postcard perfect day, we started with clouds and sprinkles of rain. But try as it did – by start time it was warm, a bit of a breeze and close to perfect conditions. With a water temp of 22.5C there were no wetsuits for anyone. Pro men and women got a healthy start of 3-minutes on age group men with another gap of 3-minutes to age group women. After a bit, XTERRA lite took off.

To no surprise German Christian Otto came out of the first 750m lap with Hannes Wolpert next to him. Roger Serrano, Steven Bayliss and Sam Osborne followed with a pack consisting of Karl Shaw, Mauricio Mendez and Brice Daubord on their heels.

For the women it was no contest with Michelle Flipo way out in front nearly two minutes ahead of points leader Brigitta Poor. Renata Bucher was quick along with Carina Wasle and young French woman Morgane Riou. Myriam Guillot-Boisset was back 3’50” and many time champion Helena Erbenova was over 4 minutes back from Flipo and 2 minutes from the other women with a lot of age groupers to pass.

Headed around the lake and going into the trails it was Stephan Bayliss in front of Otto with Sam Gardner already coming forward and Roger Serrano on his tail. About 10 seconds back Mauricio made a big pass under the main road tunnel followed closely by Brice Daubord, Karl Shaw and Hannes Wolpert. Just a few meters’ back was another bunch headed by Francois Carloni with Veit Honle, Bradley Weiss, Maxime Chane, Ruben Ruzafa, Nico Fernandez, Arthur Serrieres and more. Yes, it was early in the race but these men were fighting hard at the 3K mark. Poor Kris Coddens was way back having suffered in the swim. “I really don’t like non wetsuit swims” he said “I’m thin and really get cold and have a bad time thawing out.”

At that mark Flipo was fighting with the men pros and had over a minute on Brigitta but Renata looked good, Carina was quick passing some men on a short hill and Morgane was back a few minutes with Louise Fox. Myriam Guillam-Boisset was now at 3’30” and Helena still over 4’ from the leader.

By the 10K mark things had spread a bit but the fights were still happening. At this point the trails start to really climb and get steep. First a rocky, rooty section that almost nobody can ride and then a semi paved climb of a few hundred meters to the Hochwald – this neat tower at the top of the mountain. Ruben had asserted himself in first with Carloni and Bradley Weiss on his wheel. Osborne had dropped back when he followed Brad Weiss but could not react quick enough to miss a big rock.

“Bradley jumped it but I was so close I hit it hard and just went straight over the bars” the Kiwi smiled.

Karl Shaw was strong in 4th with Roger Serrano and Mauricio next. Then a pack with Veit Honle leading Malte Ploppert and Brice Daubord. The quick swimmers, Otto and Bayliss had dropped back a bit but were still well placed.

Ruben chose to walk the steepest part and Carloni rode by him. Bradley kept his pace and Osborne rode about 90% of the hill and caught the lead 3. Francois’ lead did not last long as Ruben went hard on the downhill and started to gap the rest.

Flipo was still in command but now only 40” up on Brigitta. Renata was caught by Carina at about 1-minute back. It was a long wait for Myriam and Morgane to come up the hill and when Erbenova went by she was still about 4’ behind.

There is a notorious, technical rocky downhill at about 29K. It is fierce but short and the really good guys pay almost no attention to it simply letting the suspension and tires take the beating. It is really amazing how fast they go through this section. Ruben came by alone with 1’20” on Carloni, Weiss and Osborne. Bradley had done the lion’s share of work pulling the group. Carloni admitted he did not work with the group a lot.

“I was very tired and sick after Italy and did not even know if I could race. So I decide to not go 100% and let Weiss do the work. Thank you Bradley!”

Back about 4 min and out of the hunt were Daubord, Mendez, young Maxime Chane’, Arthur Serrieres and Veit Honle.

Near the end of the bike Bradley and Sam attacked and Francois could not stay with them. Coming out of T2 Ruben had nearly 2 minutes on the field. Osborne attacked immediately out of transition and gapped Weiss. Sam was flying on the trails and at one point got under 30” from the Spanish leader.

“I wanted to catch him or get sight of him but just blew up,” said Osborne with his head down. “But I survived and am really happy with second.”

Bradley had a lonely run but a solid third all the way. Mauricio and Daubord came out with Carloni but there was little doubt Francois would stay with possibly the two fastest male runners we have. Serrieres had dropped back a bit with Honle in 8th and first German competitor and Czech Honza Kubick coming off a very fast bike in 9th.

Osborne somehow held on to second just 40 seconds off Ruben and immediately collapsed. He recovered quick enough and was last seen at the after party with a beer, chatting with Roger Serrano and Brad Weiss and waiting for the feature band.

“I knew the other girls might be stronger on the bike so I rode hard the whole way” said Michelle Flipo. “I did not save anything for the run and I was really tired and hurting.”

What she did not know and what we did not expect was French woman Myriam Guillot-Boisset was having the ride of her life and put in the fastest bike time. Then she proceeded to run the quickest of all the women and pulled within 22 seconds of the winner. Another K and we may have had a different result. Brigitta Poor had a solid day with a good swim, bike and run to finish 3rd ahead of a fast closing Helena Erbenova who once clear of traffic had a great run to finish less than 50” out of 3rd. Carina came home 5th, Renata 6th, Morgane 7th all within a few minutes of each other.

The day played out as expected with the exception the fighting was so close and tight. “just before the big climb I looked back and there had to be 15 guys all in a row” said Roger Serrano. “I never saw so many guys fighting so close”.

Mauricio and Brice Daubord fought the run all the way with the Frenchman finishing just 5 seconds ahead of our young Mexican. “He was so fast” Mau said “I ran hard but just could not catch him. I would get close but he was too strong for me today.”

Not hard to believe as Mauricio had done 3 weeks in a row at Italy (he won) Poland (2d) and Sweden (1st) and then came directly to Germany.

The day ended with some great bands playing, the sky clear and the big yellow moon back to say hello. Germany is simply a great race and a great organization. The athletes know it and they return every year. Full marks to Benno and his “family” of crew. I’m not sure but the best party may have been in the Helpers compound.

One to go and the possibilities abound. We’ll have more on who needs to do what to win or place high in the final standings next week. Bring on Denmark.