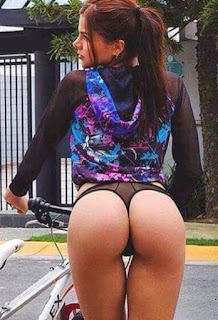 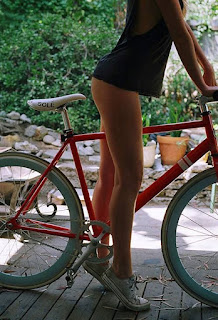 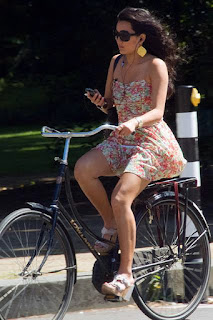 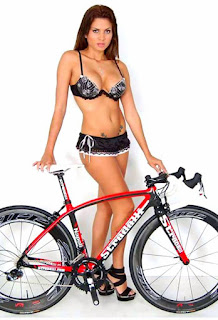 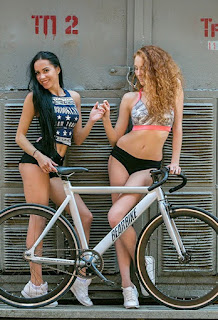 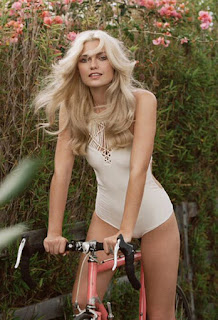 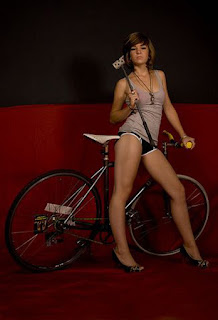 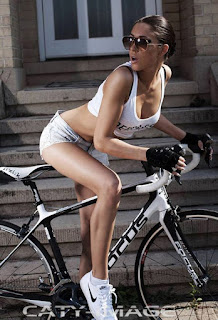 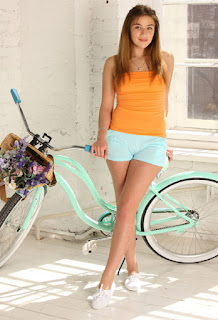 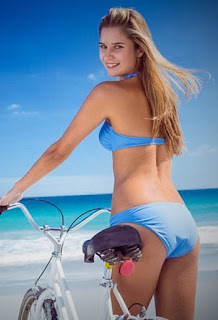 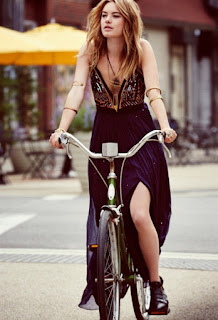 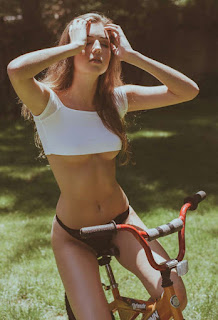 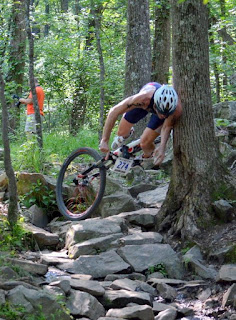 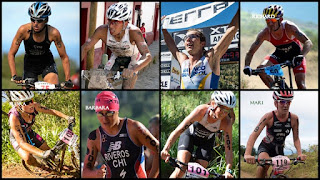 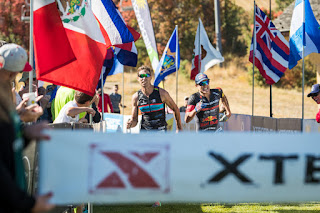 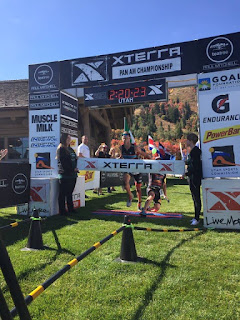 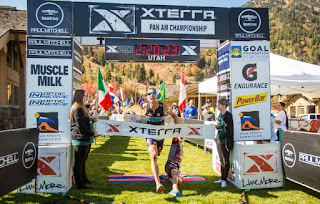 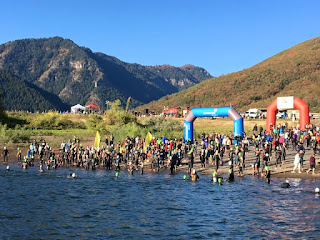 In the closest finish in XTERRA history Josiah Middaugh edged out Braden Currie by 7/100th of a second to take the inaugural XTERRA Pan American Championship here at Snowbasin Resort in Ogden, Utah. Fellow #teamnerve member Suzie Snyder came into T2 with a 3 minute gap on the ladies and cruised to her 5th Pan Am Tour win this year. Full results, photos, and report of this amazing day will be posted soon.

September 17, 2016/in All, All Triathlon, Pan Am, Race Reports /by XTERRA
Middaugh, Snyder win XTERRA Pan Am Pro Series Titles

Snowbasin Resort/Ogden, UT – Josiah Middaugh out-stretched Braden Currie at the finish line to take the tape by 7/100th of a second and win the inaugural XTERRA Pan America Championship race on a beautiful day at Snowbasin Resort near Ogden, Utah this morning. It’s the closest finish in XTERRA’s 21-year-history, 2:20:23.57 to 2:20:23.64.

In the women’s elite race Suzie Snyder came out of the water with Julie Baker, was first out of the swim-to-bike transition, took a five-minute lead onto the run and won the race in 2:51:51, exactly three minutes ahead of runner-up Lizzie Orchard of New Zealand. With the wins both Middaugh and Snyder also secured the elite XTERRA Pan Am Pro Series titles.

“I don’t think it could have gotten any closer than that,” said Middaugh, the reigning XTERRA World Champion from Eagle-Vail, Colorado who finished 26-seconds ahead of Currie at the USA Championship held on this same course last year.

The race combined a one-mile swim in the 65-degree waters of Pineview Reservoir, an 18-mile mountain bike that climbed 3,000-feet to the top of Sardine Peak at 7,400-feet, and finished with a grueling 6-mile trail run.

Currie came out of the water with a big pack of strong swimmers led by Brad Zoller, Alex Martinek, Felipe Barraza, and Leon Griffin – took the lead early on with Leon Griffin close behind, then started to pull away from everybody but Middaugh. Currie came into the bike-to-run transition roughly 30-seconds up on Middaugh and held the lead until the last yard of the run.

“To be honest I was coming down that hill and I had about five seconds on him when I last looked and I knew I couldn’t afford to look back and so I didn’t really know how close he was until I saw him right on my shoulder which was right on the finish,” said Currie. “I just did everything I could, and the last thing I thought was maybe if I get something across the line before him then I would win, but obviously that wasn’t quite right.”

Middaugh was hoping it wouldn’t be that close, but in his efforts to catch Currie he crashed twice on the run.

“I was not saving anything at any time today,” said Middaugh. “I was putting everything into the course every minute of the day and I wanted to make the catch half-way through the bike and I didn’t do that, and I didn’t make the catch at the top of the climb. I got within 30-seconds going into the run. I was like ‘okay, I got to get close in this first mile’, and I got a little bit closer and thought ‘I got to make this catch by the top of this mile’ and I didn’t make the catch. I was like 10-15 seconds behind with 2 miles to go and that last 2 miles I kept getting within 10 seconds of Currie then I would fall, because I was just like hanging it all out there and I caught my toe on some rocks, tumbled, got back up. I fell twice and with less than a mile to go I was just 5 seconds behind and then all of a sudden I started feeling tired and wasn’t sure if I had anything left and then I started working hard again and I came in with about 5 seconds and I was like ‘okay this is it’ one last full on kick and see if it’s enough.”

It was enough, but by the slimmest of margins.


“Obviously I came here to win and I’m absolutely gutted not to,” said Currie, who was runner-up to Middaugh at XTERRA Worlds last year as well. “Josiah has a massive stride on him and I knew if it was going to be a downhill sprint finish with Josiah that it wouldn’t be that easy, so I was just going to try everything that I could and if my toe got across first then I’ll take that as a win.”

Interestingly, in the pictures and videos it looks as if Currie slide his leg under the finish arch and over the timing mat ahead of Middaugh, but his timing chip was on his back trailing leg which was behind Middaugh’s timing chip.

“This is the deepest field that I have ever seen at this race, it was almost like a World Championship,” said Middaugh. “We just had strong guys and it was just hardcore racing from start to finish, I mean the swim was fast, the bike was action packed the whole way, it was just full throttle the entire race.”

“I had a great swim, me and Braden tried to get away but he was just too strong over the top of the first climb,” said Griffin. “I thought that if I would have kept him in check I would have been a little bit closer on the downhill because that is where I lose a lot of time. In the end, I was just stoked to come in third off the bike, I just needed to hold that. My running is coming back and I picked up a few things from the last race in Beaver Creek that I could work on and the half a dozen runs that I did between Beaver Creek and this one on the mountain were all just pure mountain climbing style.”

“Amazing day, I had a great swim. I know Julie is a strong swimmer and she does water polo so she is great at sighting so I just kept her on my right where I was breathing to my right, so I could keep her there. I let her sight and just stayed on her and stayed comfortable because I knew I could ride with her,” said Snyder. “We were together during the swim and there was another girl, Amanda Felder. I was first on the bike and I felt like I just wanted to go for it but I was trying to be smart and not trying to blow, or go too hard to early but it’s so hard to keep your effort in check and your heart rate in control because your climbing right away intensively and so I was trying to stay smart and relax and I rode really well. Technically smooth, I wasn’t making mistakes, I was just trying to stay calm and relaxed and I just felt good. As I hit the Sardine Peak I felt fine at the start then I started to feel it at the top but I just settled in, pulled back a little bit. So I road really smooth and I was really just feeling confident after the downhill. I came off the bike and as always the first climb friggen sucked, but I just kept thinking that you can lose it here, and you are not going to win by going all out. Someone told me I had a minute and a half, but I really had five, I guess it’s good that I didn’t know that I had five, I was trying not to go too hard, but at the same time I was trying to go hard enough. With a minute and a half you can still get caught if you’re not careful so you can’t settle in too much, but I didn’t want to go crazy, then I started cramping and I was like oh no! about half way I was like okay, you’re half way, you got this, just stay smooth and let it roll downhill then my legs started cramping and I was like NO! don’t eat it, you could lose it right here if you eat it, so I just tried to keep my cadence going and my feet under me and then that last half-mile I just tried to enjoy it.”

Lizzie Orchard, the XTERRA Asia-Pacific Champion, passed Felder and Baker to move into second by the end of the bike and was able to take a couple minutes out of Snyder on the run but it wasn’t enough.

“So I think I heard I was down about five minutes at T2, and I thought ewww, that is a bit of an ask, but you never know, so I went my pace and I think I pulled back a couple of minutes,” said Orchard. “I am really excited and I am pleased with how good I felt with the cold and the altitude. It was a really, really great day I really enjoyed it. I think there was a little batch that got away on the swim so I could see them ahead of me. I still tried to hang on a little bit but not too much really because I didn’t want to blow at the swim, especially at altitude for me so I was fourth out of water which was good. I jumped into third pretty quick along the lake, then I was pretty cold in the canyon so I’m relieved that I put my thermal on, and there was a heap of people on the course yelling time splits so I knew I was in touch throughout the bike ride and it was really fun. I caught up with Julie Baker at the top of the climb, so I hung back about 20 meters and we did the decent together pretty much, I just faster coming into transition and hit it out on the run.”

Baker, who upset Snyder to win XTERRA Beaver Creek in Colorado back in July, was happy to have a good day on such a big stage and finish third.

“I am super happy with today, I can’t believe I am competing in a pro race and doing so well, it’s just awesome,” said Baker. “Lizzie and Suzie are amazing and I am super psyched to be up there with them, Suzie had an awesome, awesome swim so I am super psyched for her.”

Maia Ignatz had the fastest run split of the day to finish fourth and Kara LaPoint held on for fifth.

With their respective wins today at Snowbasin Josiah Middaugh and Suzie Snyder locked down the inaugural Pan Am Pro Series. They also earned the titles of XTERRA USA Champions as the top Americans.
Rom Akerson finished fifth today to secure the second spot in the standings for the men, and Maia Ignatz finished fourth on the day to finish 2nd in the Series.