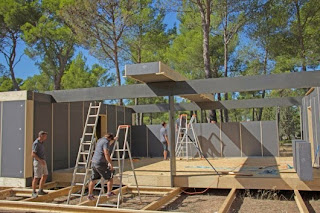 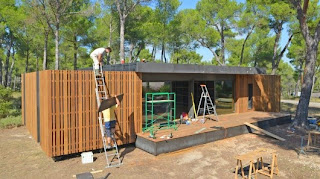 The structure is simple to build and comprises a spruce wood frame, laminate veneer wooden floor, and expanded polystyrene insulation blocks, and everything is held together using wood screws. Indeed, Multipod Studio states that no prior construction experience is necessary for assembly, likening the process to building with Lego.

The construction process is likened to building with Lego (Photo: Elisabeth Montagnier)
Thanks to Pop-Up House's excellent insulation and airtight thermal envelope, no heating is necessary for the home, or at least, not while it is located in the generally balmy South of France. However, since it meets the very exacting Passivhaus energy standard, Pop-Up House is certain to be very efficient to heat, even in chillier climes.

At present, Pop-Up House is still in the prototype stage, so finer details on the home are lacking. A preliminary price is available though, and the home will set you back €30,000 (roughly US$41,000), which includes labor, but doesn't include finishing touches like waterproofing, electricity, and plumbing.

You can see an overview of the project in the video below. 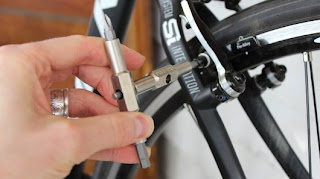 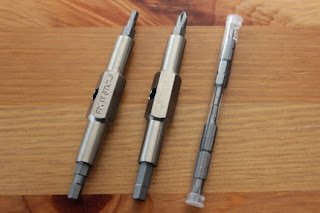 Gizmag tries out the Fix It Sticks Replaceable Edition

Last September, we heard about a new cycling multitool known as Fix it Sticks. A successful Kickstarter project, it consists of two aluminum "sticks" that can be joined together to form a T wrench, with a different type of bit permanently attached to each end. At the time, several readers complained that the bits should be interchangeable. Well, those people will be happy to learn that the designer has now come out with the Fix It Sticks Replaceable Edition. We got to try one out, and can attest to the fact that it's a gooder.

The Replaceable Edition still has those same attributes, along with the added ability to swap in different bits as needed. The extra bits are contained in a clear plastic tube, that is packed along with the sticks inside an included pouch made from a recycled bicycle inner tube.

The Fix It Sticks Replaceable Edition, pulled apart (along with the extra bits)
As a handy added touch, magnets have been added to the inside of the sticks, to help keep the bits from falling out. They additionally keep the sticks held to one another when in the T configuration, so you don't have to make a point of holding them together yourself.

Because of the wear and tear involved in continuously installing and removing the bits, the Replaceable Edition is made from steel, making it a little heavier than the original model. That one is made of aluminum, which would simply have been too soft.

Fix It Sticks designer Brian Davis also sent us another new product that he's created, called the T-Way Wrench. In consists of one of the usual sticks with a longer cylindrical arm permanently attached to it, to form a T (see the photo above). This makes it more of a shop tool than something to carry with you while riding. Like the Fix It Sticks Replaceable Edition, it comes with interchangeable bits that are magnetically held in place.

The longer arm can be used access nuts or screws in hard-to-reach locations, or to apply even more torque if used as a handle. A cylindrical metal sleeve on it additionally makes it easier to spin the wrench around – you just pinch that sleeve between your fingers on one hand, then use the other hand to twist the top part of the T.

We've tried both devices, and found that they definitely live up to Davis' claims. The magnets hold everything together nicely, and the workmanship is superb. As an added side note, it's good to know that the bits aren't proprietary – this means that you can buy extras or replacements at your local hardware store.

Brian has now returned to Kickstarter to fund production of his latest tools, and has already surpassed his financial goal. A pledge of US$25 will get you on the list for a T-Way Wrench with seven bits, while $30 is required for the new Fix It Sticks with eight bits. Their planned retail prices are $30 and $36, respectively.

You can see demos of both of them in the pitch video below.