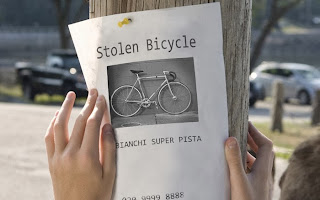 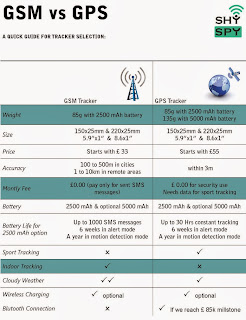 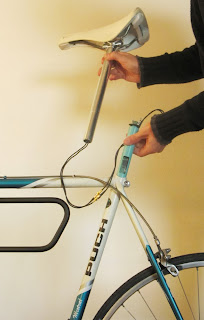 SHYSPY is a bicycle GPS Tracker that enables you to keep a record of your cycling activity and also find your bicycle in case of theft.There are two main deterrents to cycling: road safety and theft.

SHYSPY GPS tracker not only enables cyclists to track their cycling activity but also to locate their stolen bikes in case of crime.

SHYSPY GPS works in much the same way as other GPS tracking devices, the unit uses a combination of a mobile SIM card along with a GPS module to accurately track the location of your bike to and deliver this data to your desktop or mobile device via a data connection.

This version of our device offers the maximum accuracy and protection for your bike. Due to the location of the device we have incorporated both wireless and USB charging to alleviate the need to remove the device every few weeks just to top up the battery.

Some of the hardware features:

Long battery life. In passive mode (not tracking but connected to network) it can operate for 5 weeks continuously. It can also easily support a power down mode in which it will listen to external events (e.g., motion detection) and can run for months at a time (most likely even a year)
Quad band GSM connectivity, meaning compatibility with all GSM networks.
Now, there are plenty of other trackers out there, so what makes this one special? Besides the aforementioned simplicity of the hardware, we see that most trackers today fall in two categories:


The first one uses hardware which is sold at a loss with a monthly contract to access the tracking data
The second one sends tracking information to a cell phone using SMS where the user can see the coordinates and open a link in Google Maps
Both have some serious disadvantages. The first one has a monthly cost attached even if you're not using the tracker. Furthermore, all the tracking data sits on a third party server. If there is a security breach or if the provider goes out of business your data could very well be compromised or lost.

The second one has a problem of usability. What if you want to track 3 or 4 or a lot more bikes? How do you efficiently manage this data? Sending text messages to the tracker is prone to errors and can be very tedious. Getting the data back and clicking on a link to get you to a Google map might work for one tracking point, but what if you are tracking a bike over time and need to see a history of your cycling activity?

The advantage of the second one however is that it uses SMS for the communication of tracking data from or commands to the tracker. Why SMS is a good idea over other technologies such as GPRS, EDGE or 3G/4G?

Coverage: works even with connections that are not good enough for voice, and is available where other network services are not
The network itself acts as a buffer in case one of the communicating ends has no connection
The amount of power needed to send an SMS is much less than to e.g., set up a TCP connection over GPRS
Point to Point communication without the need for a server with static IP address
These, and other criteria make that SMS is a very good method specially for the cyclists who want to use the gps tracker as a security device, meaning that they may not need to track the bike for months and even years but they need to have the tracker ready at any moment if the bike crime happens.

We just had to simplify the manual process of sending SMS with a software system: SHYSPY desktop and mobile app just do that for you. and gives you the choice to choose between either GPRS or SMS tracking methods and benefit from the one that suits you better.

With SHYSPY however, you always have a tracker with your bike; The long battery life of 30 hours, lets you track all the activities with no concern of any kind. Using the SHYSPY app you could monitor you activity and/or download it in GPX standard format to be later uploaded manually to major sport tracker platforms such as: Endomondo, Strava and Sportstracker, so you could compare your data with other members and socialize your cycling experience.
SHY-SPY GSM-tracking does that for you. With accuracy from 100 to 200 meters in the cities to few thousands in remote areas, it allows you to know, in which neighborhood/ is your bike located.

FAQ
Is there any monthly fee for using SHYSPy GPS tracking?
For KS backers, there Is no monthly fee associated with our service; However if you want to track your cycling on a regular basis, you have to pay costs of data connection based on the offers you get from your SIM card provider.(The SIM card is not included in our package). If we reach our 85 K milestone and we succeed to integrate Bluetooth pairing, there wont be any cost at all even for sport tracking since you download the tracking data directly through the Bluetooth connection and can monitor it on SHYSPY App.


Does it work worldwide?
We use a Quad-Band 850/900/1800/1900MHz module which is compatible with all GSM networks. It doesn't matter if your network is 2G or 3G, the module will function on it.
That is correct for all the countries with GSM network. Some countries such as Japan and Korea don't use GSM though. so our trackers would not work in those countries. check this map for more info: http://www.worldtimezone.com/gsm.html


What will the final retail price be for ShySpy?
We don’t yet have a final pricing structure in place but they will be at least 30% higher than the prices available to our backers via this project.For the moment we are focused on getting enough pre orders to finalize the development and start production, once they go on sale we will be looking to make a profit.


Is ShySpy water resistant?
The tracker its self is enclosed in a sealed plastic case and the charging point uses a waterproof USB connection, while we would not recommend dropping it in the bath it should cope easily with anything it experiences on your bike. 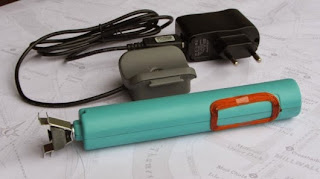 The ShySpy uses GPS for fitness tracking and security
Image Gallery (3 images)
There are dozens of bike computers on the market. There are also a few GPS bike security systems out there, like the SpyBike. The ShySpy merges those two types of trackers into one, providing a GPS-based platform that monitors both performance and theft.

The thing about a GPS bike tracker is that it's a piece of hardware that you hope proves to be a waste of money. In other words, you hope that your bike is never stolen in the first place and that the GPS tracker equipped to it sits quietly and is never called upon. Even with an anti-theft tracker on your bike, you're still best served by using more traditional security measures, such as a good lock. So why spend hundreds of dollars in equipment and service costs for a system that you want to stay completely idle?

ShySpy, a new design from WRD Systems and online cycling community Cycleboom, presents an answer. Much like the BikeSpike, the ShySpy hardware packages a second major function with its GPS security tracking feature so that users get a little more out of the investment.

The ShySpy is integrated into the seat post and seat tube where it remains concealed
On an average day, the seat post/tube-integrated ShySpy collects a cyclist's geodata and tracks his or her cycling performance. ShySpy designers are still working out the specific measures for the final version, but they mention usual suspects like speed, distance pedaled and elevation. The data is stored on an SD card for later upload and can also be sent with the integrated SIM card. ShySpy's designers also mention the possibility of adding Bluetooth to the device for wireless uploading.

In terms of anti-theft functionality, the ShySpy system tracks the GPS location of a stolen bike and sends this information to an accompanying desktop or mobile app with the help of a quad-band GSM SIM card (sold separately). The system includes an alert function that can monitor a parked bike and notify the owner if it moves outside a predefined area. The victim can view the location of his bike on Google Maps or by simple SMS-delivered coordinates, report it to the police and attempt to get it back.

The ShySpy's battery lasts for up to 30 hours during active tracking and five weeks in standby mode (connected to the network but not actively tracking). This means that users won't constantly have to recharge the device, and even if the bike sits idly for days or weeks on end, there's a good chance the ShySpy will have some battery power to snap into action in the event of a theft. It's recharged via USB and, on non-metal bikes (e.g. carbon fiber), via an available wireless induction charger.

ShySpy designers plan to look for other sources of funding now that their Kickstarter camp...
The ShySpy creators appear to have a good idea for a dual-function product, however, they still have a long way to go. It seems like they were a bit premature in launching a Kickstarter campaign last month, before fully defining the design, hardware and function set of their product. The Bluetooth seems like it's an essential element of making this a functional bike computer on par with competitive products. As it is, the product relies on clunky SD upload or paid SIM card transmission for relaying basic, everyday tracking information, which feels kind of half baked. The USB port is for charging only, so it doesn't support data upload.

The ShySpy Kickstarter campaign ended unsuccessfully this week, raising around a third of its goal. The designers plan to work to secure other funding sources to bring the ShySpy to market. Hopefully, they'll clean up the design a little and make it a fully functioning bike computer/theft tracker. We'll keep our eyes out for the ShySpy's return.

Awesome thanks for sharing this blog i really enjoy reading it.