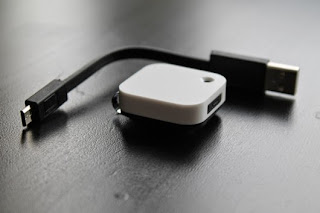 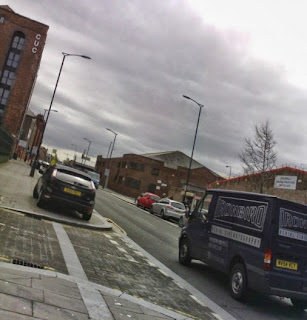 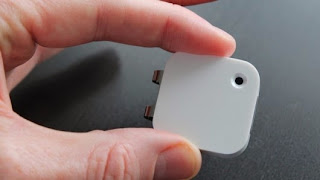 In October 2012, a device called Memoto raised its Kickstarter goal of US$50,000 in under 5 hours and went on to raise over $550,000. Memoto went into production and began shipping in November 2013. Now called Narrative Clip, the device is a wearable lifelogging camera and a smash Kickstarter success. But is it any good? Gizmag got the opportunity to find out.

Although, by way of digital cameras, social media and the Facebook Paparazzi, we've become more comfortable with being constantly captured on camera, some people may find the passive and automatic nature of the Narrative Clip unnerving. There can be a sense that it's another device chipping away at our privacy.

Others view it as a clever means of capturing photos that they may otherwise have missed and capturing candid moments in their lives without the conspicuous intrusion of a manual camera. There are merits to both points, but for the benefit of this review we'll leave the conundrums about morality and usefulness to you, instead focusing how well the device achieves what it sets out to do.

The Narrative Clip takes a photo every 30 seconds
Our Narrative Clip turned up in clean white packaging reminiscent of that used by Apple. The contents of the box were refreshingly sparse, with just a short USB cable, a manual and the camera itself. Users are directed to the set up website where the required software can be downloaded and the device can be registered. Users are also asked to download the smartphone app for iOS or Android. There is a genuine sense of simplicity about the whole process, it feels like it's been thoughtfully considered.

Indeed, rarely does a manual warrant comment in a review, but its short, image-based content furthers the sense of ease with which the device is delivered and intended to be used. It all helps to set the user at rest with a type of device that it's unlikely they will have used before.

A small piece of black plastic covers the USB port
The device itself is a lovely, understated piece of design. At 36 x 36 x 9 mm (1.42 x 1.42 x 0.35 in), it's small enough to be relatively unnoticeable when worn, but not so small as to be easily mislaid. Our device was white, although orange and gray are also available, with a black back-plate and a sturdy silver clip. The camera lens sits at the bottom front corner and the only two other features of note are a set of four LED lights along one side used for indicating battery status and photo activity, and a USB port that is covered by a sliver of black plastic (which can be a touch fiddly). There's no more to the device than is necessary and, noticeably, no buttons. To take a photo manually users need only double-tap it.

Fully charging the Narrative Clip for the first time took about an hour and a half, after which it was ready to go. I slid it onto my jacket lapel and went to get some lunch. I wore it to a gig and to work. There's a degree of self-consciousness wearing the device for the first time, but people in the street didn't seem to notice it. It's when you begin chatting to someone that they become aware of the device, which may prompt a conversation about what it is. People can naturally be a bit uncomfortable about being constantly photographed and it should go without saying that there are times to put the camera away in your pocket (which will put it into sleep mode).

The device is provided with a USB cable for charging and uploading photos to the Narrative...
The Narrative Clip uses a USB connection to upload images to the company's servers using a computer's Internet connection and, if the user wants, copy images to their computer's storage. There is no automatic wireless uploading, which is a shame, but understandable given the battery drain that the functionality would be. Unfortunately, my first photos were not immediately forthcoming. Narrative had experienced some problems "creating Moments" (as it calls the photo collections) and the opportunity to view my photos was delayed.

When I did get to view my photos, a number of things became apparent. Firstly, the camera isn't great. Narrative says it's as good as a smartphone camera, but in my opinion it's not quite at that level. Photos blur easily and are grainy in low light. This is perhaps to be expected, it's a small, limited device and the serendipitous approach to taking photos will naturally result in a lot of dross, with the occasional gem. I could live with that and it's definitely the case, as with any camera, that the more you use the device, the more you'll learn how to get better photos with it.

A picture taken in bright, clouded daylight (cropped)
Depending on how you've been wearing the device, photos are also on one strange angle or another. This is corrected automatically when the photos are uploaded to the Narrative app, but not in photos that are copied to the user's computer.

You'd think, therefore, that the processed images might be downloadable from the Narrative servers, but after much searching it occurred to me that there is no means of viewing images on the Web, only via smartphone app. This is a huge miss. Narrative says you can share images via the app, but it doesn't provide any means of editing images. The inability to get your hands on the processed photos seems like an oversight at best, or consciously obstructive at worst.

A picture taken at a gig (cropped)
Everything that happened (or didn't) after connecting the device to a computer felt like a bit of a let down. An afterthought even. The uploading software is limited and could easily have an editor/organizer built into it. Photos pulled directly from the device to a user's computer are left for the user to deal with themselves if they want to do any editing. Loading photos on the app, meanwhile, is slow and functionality is limited. Users can view sets of photos by scrolling through or via a slideshow. Photos can be deleted, marked as favorites, set as key images in the series or shared, but that's about it.

The lack of a desktop experience feels too restrictive for a device that costs what the Narrative Clip does, which brings me nicely onto that point. As I was showing the device to some friends, I asked what they thought of it. There was a feeling that it was a nice idea and that it would be a good stocking filler. A bit of a novelty that might be useful every so often. Price-wise they thought maybe £30-£60 ($50-$100).

I'm inclined to agree with most of that, though perhaps I'd nudge the price up a touch. The Narrative Clip retails for $279 (£167) though. That feels a bit steep for a camera that produces photos that are so-so at best, and then limits your access to them afterwards.

The Narrative Clip is a good concept. The execution is excellent in some aspects, but feels drastically lacking in others. Either the price needs to come down, or the quality and functionality need to go up.
http://getnarrative.com/
http://www.gizmag.com/review-narrative-clip-wearable-lifelogging-camera/31563/
Publicado por cecilio benito alas en 6:07 a. m.