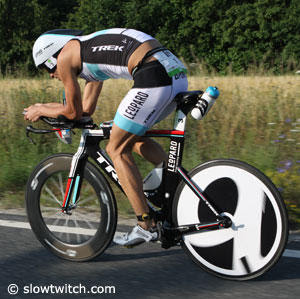 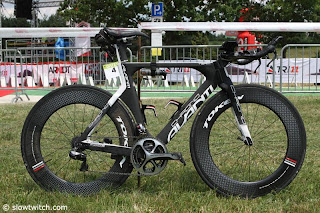 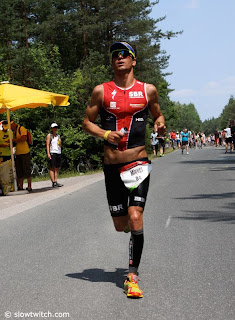 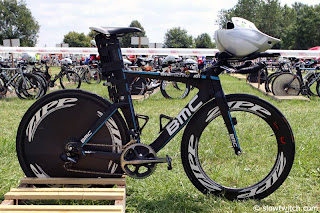 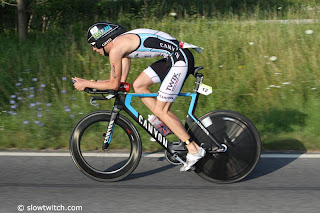 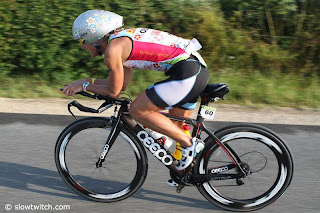 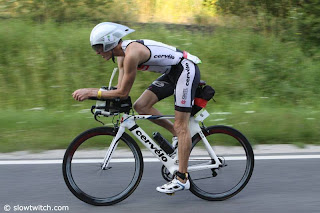 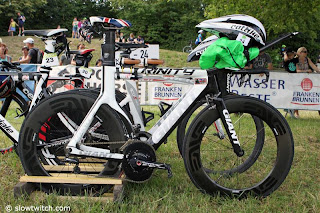 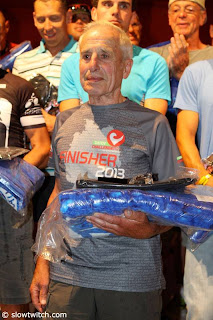 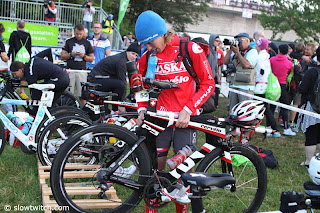 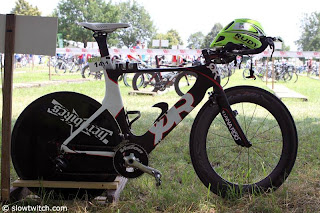 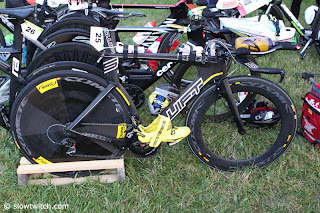 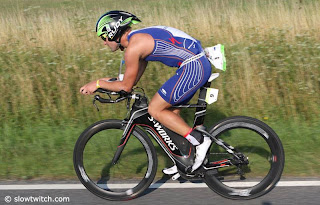 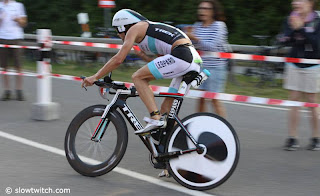 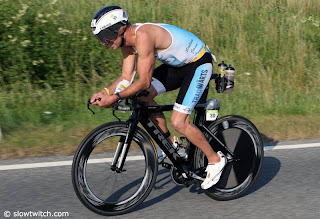 Dirk Bockel destroyed the competition at the DATEV Challenge Roth on the bike and then took the win in a superb fast 7:52:01. Carolina Steffen battled Yvonne Van Vlerken most of the day but got the better of her on the run to take the women's title.

Challenge Wanaka winner Dylan McNeice was first out of the water in 45:58, but he had Stephen Bayliss, Maik Petzold and Dirk Bockel right with him only a few seconds behind. Andreas Niedrig also had an awesome swim and this German triathlon legend recorded a 46:09. Bockel though had the fastest transition and was out on the bike first and the Luxembourger took charge of the race from there.

He quickly managed to gap the chasing bunch and for most of the opening 90 kilometers his advantage hovered around 2 minutes. The group in his pursuit contained defending champion James Cunnama and all the other favorites and grew to about 15 athletes, but by the end of the first lap this group had dwindled to 7 athletes and consisted of Cunnama, Konstantin Bachor, Cameron Brown, Maik Petzold, Stephen Bayliss, Markus Fachbach and Georg Potrebitsch. Up front the leader appeared to be worried about that group and was not sure where he was in regards to anyone behind him. As the Pro men started the second lap and came upon age groupers who had started the race in a later wave, the chasing group started to fall apart. Bracht flatted and damaged his wheel and it took him about 15 minutes to get a replacement wheel. He mentioned that he even had time to order a Bratwurst, and only thinking about his family got him to continue the race. At about the same time Bachor lifted the pace and that first dropped Potrebitsch and Brown and Bayliss soon after also fell back. That now left Cunnama and Fachbach reasonably close to Bachor, but up front Bockel pulled further and further away and by the time he reached the bike-run transition he had a 7:24 lead over Bachor and 11:36 over Cunnama.

Cunnama caught Bachor by the halfway point of the run and Fachbach soon moved into third place but Bockel was running in a different time zone up front. A bit further back Bracht moved swiftly through the field and first reeled in his teammate Potrebitsch and soon after Brown, and by 31.5k he had caught Bachor too. Up front the question was only how much below 8 hours he would go and the answer was about 8 minutes. Bockel's celebration in the stadium likely cost him another minute but with no one else in sight and the stunning atmosphere in place he could not be faulted for taking it all in. "I have been around the block so to speak and I have never experienced anything like this, " said Bockel when asked about his finish. "This is a dream come true," added Bockel. "I would have never imagined that I can do that. I had my fastest ever swim, my fastest ever bike and fastest ever run."

Cunnama hung on to second place and Bracht reeled in Fachbach to take the final podium spot and the German long course championship title. Miquel Blanchart came out of nowhere with a smoking fast 2:43:34 run to grab 5th place.

Katja Konschak, Caroline Steffen and Julia Gajer led the Pro women out of the water in about 53:21. Yvonne Van Vlerken came out of the water in a respectable 54:40 but German favorite Sonja Tajsich did not fair as well and recorded a 57:00 swim time that put her well behind.

Steffen set a wicked pace and Gajer and Konschak swiftly fell back and that allowed Van Vlerken to move into second place. Gajer hung on to third position on the road early on but behind her both Belinda Granger and Joanna Lawn were lurking in fourth and fifth place. Steffen was working very hard up front and often had a big group of men on her tail who apparently had no issue to let the Swiss Team TBB Pro set the pace. 70k into the bike segment she had established a 2-minute lead over Van Vlerken and more than 3 minutes ahead of Gajer, and Granger and Lawn were about 8 minutes back. Van Vlerken slowly gained on Steffen and Gajer dropped back further and further, and by the time Van Vlerken had pulled even with the leader the Aussie and the Kiwi had moved past the Germany to sit in 3rd and 4th position. Van Verken reached T2 first with a 6 second advantage over Steffen and now the race was on between these two athletes, because everyone else was 14 minutes or more behind.

Early on in the run Van Vlerken pulled away from Steffen but the Swiss Pro remembered the words of her coach Brett Sutton who had told her "you can run" Inspired by Sutton's words Steffen ran confidently and Van Vlerken reportedly struggled with some stomach issues. Steffen though ran a superb race. and moved past the leader around the 10k point and from there stormed to the win with a 3:03:07 marathon and a final time of 8:40:35. Van Vlerken finishes second in 8:46:22 and Gajer came back on the run to finish 3rd in 8:51:04.

"I am a bit disappointed in the swim and was hoping to go sub-50. I then decided to focus on the bike but felt awful the first 40k and the legs just did not respond. But on the second half of the bike I felt better" said Steffen.